How I became Poor

How unfashionable it is being poor in the twenty first century 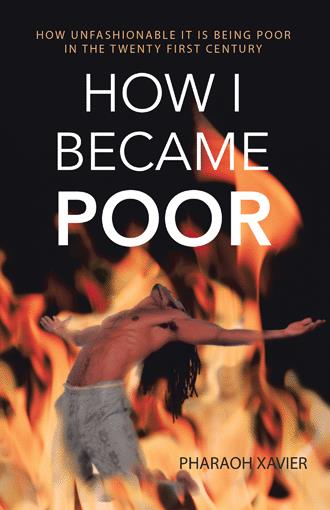 There was at one time that poor people with real life issues were fodder for talk shows and subject matter for print. Now that the upper middle class has expanded with there ability to purchase home, cars, pools, kids, HDTV 30 and up inch big screen TVs. These are now the new generation of problematic poor people, the over extenders, lets call them. People living over their limits causing them to fall into debt which will bring on a whole slew of old, new issues that civilized people in the twenty first century finds palatable especially for talk shows. Middle class peoples get bumped up and poor people get bumped down or bumped off completely. Why would the nation want to be reminded that there is an underclass that exist and needs help. People have this idea that all poor people like being poor and living off the system. That may be true for a very, very small portion of us, but generally that’s not the case.

Being poor has limited us to doors given to those more privileged. Now I write, hoping that at least my life story will mean something to someone, someday. Maybe prevent somebody from making those wrong choices I’ve made that’s lead me to this point in my life.

Pharaoh Xavier author, born in New Jersey, the youngest boy of seven siblings, he has one living parent, his loving mother. Out of his seven siblings, six are married and have blessed their mother with fifteen grand children and ten great grand children. However, Marcus never married due to the life experience he went through, he felt that since no one was these especially his father who died when he was just a little child, confused about death and the taking away of the one staple in his life that could have saved him from the horrors that awaited him.