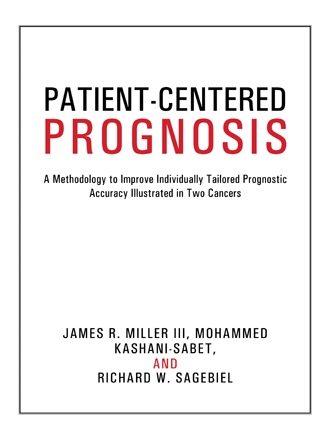 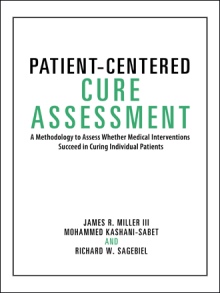 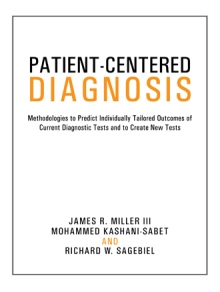 Patient-centered prognosis focuses on individual patients. It is a methodology that generates individually tailored probabilistic predictions of a specified medical outcome that a particular patient may experience. Its predictions are based on observable prognostic factors. Because these predictions are both particular-outcome-specific and individual-patient-specific, achieving predictive accuracy poses a formidable challenge. Nevertheless, the patient-centered methodology (PCM) appears to produce more accurate individually tailored patient predictions than current prognostic practice. PCM achieves its greater predictive accuracy by exploiting several analytical devices.

1. It redesigns and retools each successive stage of the prognostic procedure to predict the particular future outcome that the targeted patient could experience.

2. It identifies the existence, the direction, the shape, and the magnitude of each prognostic factor’s relationship to the particular outcome as that relationship pertains, specifically, to patients similar to the targeted patient.

3. It relies on internal interrelationships among different prognostic factors and the specified outcome to “fill in” missing observations so that an individually tailored probabilistic prediction is possible, even with incomplete patient data.

PCM is applied to 1,222 melanoma patients from the United States and to 1,225 patients from Finland with invasive breast cancer. Substantial improvements in prognostic accuracy are realized in both applications compared to current prognostic practice.

Greater accuracy can lead to better treatment selection decisions and to other improvements in patient management. Greater prognostic accuracy can also eliminate unnecessary medical procedures that are frequently both painful and expensive in treating progressive diseases such as cancer.

For more than thirty years James R. Miller III, PhD, was a professor at the Stanford Graduate School of Business. He has been doing full-time cancer research since his retirement in 1997 as Walter and Elise Haas Professor of Business Administration. He received a Bachelors Degree from Princeton University, a Woodrow Wilson Fellowship (University of California at Berkeley), an MBA from the Harvard Business School, and a PhD from the Massachusetts Institute of Technology. He has previously published a book, Professional Decision Making, and more than 40 monographs and articles in professional journals. Professor Miller is the author of six software patents. He has served on more than a dozen Boards of Directors in the United States and Europe and as CEO of two start-up companies in the Silicon Valley. He has three daughters and six grandchildren.

Mohammed Kashani-Sabet, MD, is Medical Director of Cancer Programs at the California Pacific Medical Center (CPMC). He also serves as director of the Center for Melanoma Research and Treatment and senior scientist at the CPMC Research Institute. Dr. Kashani-Sabet earned his medical degree from the State University of New York at Stony Brook, where he also completed an internship in internal medicine. He then completed a residency in dermatology at the University of California, San Francisco (UCSF), as well as a post-doctoral fellowship in cutaneous oncology, and received training in both dermatology and medical oncology. Dr. Kashani-Sabet maintains clinical interests in melanoma and cutaneous lymphoma, and research interests in targeted therapy, ribozymes, siRNAs, tumor metastasis, prognostic factors, and tumor biomarkers.

Richard W. Sagebiel, MD, was born in Ohio in 1934. He received his Bachelor’s Degree from Yale University in 1956 in Music and Literature. He did his medical studies at the Harvard Medical School, including a year of pathology and research between his second and third years at the Massachusetts General Hospital (MGH). After an intern year of general medicine, he returned to MGH to study Dermatopathology with Wallace H. Clark, MD. He completed his training in the Departments of Dermatology and Pathology at the University of Washington Medical School. In 1970, he joined the Clinical Faculty of the University of California at San Francisco (UCSF), working with M. Scott Blois, PhD, MD, and others to form a clinical cooperative Melanoma Group. This group included Drs. Clark, Fitzpatrick (Harvard), and Kopf (NYU), and it stimulated the creation of other Melanoma Groups throughout the country. From 1988 to 1998, he was Director of the UCSF Melanoma Clinic. He then retired and became a Consulting Pathologist to that clinic.