To Be the Daughter of Two Worlds 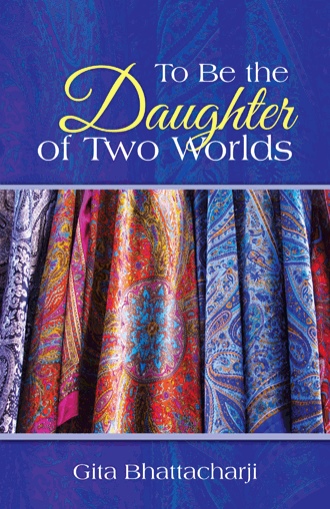 Ask anyone who knows and loves her: Aunt Priya is a feisty little country bumpkin, a loud-mouthed, uncouth character—with a heart of gold. She loves her only niece, Sita, and has made it her mission to see that the young woman is suitably married. Frustrated by the challenges of a long-distance relationship with her niece, Aunt Priya makes a bold plan. In the summer of 2001, Aunt Priya and her adopted four-year-old son Rohit arrive in New York. Despite her oddball character, limited English, and peculiar dress sense, she is determined to make a difference in her niece’s modern and confusing new life.

She enlists the help of her New York relatives, and together they plot, scheme, and manipulate Sita to get their way. But Sita isn’t quite as malleable as they hoped. A New Yorker through and through, Sita is a contradiction: a modern Indian woman who both respects and questions her family’s traditions. As the daughter of a traditional Indian household, she’s bound by the expectations of her family and culture. Aunt Priya decides that Sita should never forget her roots, no matter where she lives.

Sita has her own challenges, including a breast cancer diagnosis and the serious injury of a loved one in the World Trade Center disaster. And now, her family wants to force her into an arranged marriage she’s not really ready for. Can she find a way to find her own true love without disappointing her family?

Gita Bhattacharji, an American of Indian origin, immigrated to the United States thirty years ago. Now she lives in Long Island, New York, with her husband and their two children.