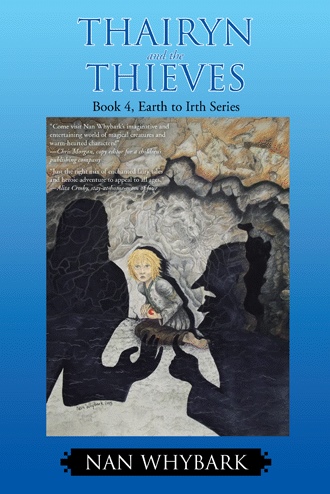 Thairyn had been on a ship before, but he had always been able to look out at the horizon and have the fresh air on his face. Now he was cooped up in a trunk, inside a sack, and trussed up like a wild meadow cock ready to be roasted. He was on the verge of being sick with the stench of his confinement space and the motion of the ship. He was too hot. His mouth was dry and dirty from the gag. There was not enough air. His muscles were beginning to cramp, and his legs were slowly going numb. His captors had left him in a cabin below deck. Will they ever come back for me? Thairyn worried. Are they just waiting until the ship is in deep water to throw me overboard, trunk and all? Where are they going? What are their plans? His head spun with questions he had no answers to, and fears he couldn’t seem to control. Thairyn wiggled as much as he could to try and help the circulation in his hands and feet. Mostly it just made the pain of his bindings worse. There was no way to lie comfortably. What about my family? he thought again. Are they looking for me? Do they know where I am? How can they find me? His panic surfaced again and his heart contracted with fear. He tried to scream and thrash about in the trunk. Perhaps if he made enough noise, someone would help him. Thairyn suddenly heard muffled voices. The cabin door opened, and the sound of heavy-booted feet was followed by the door closing. Someone did hear! he thought, full of sudden hope. He continued his tirade, hoping for rescue. “Better get that brat out of there before he dies and is no good to us at all,” Naron ordered in a low voice, giving the trunk a hearty kick. “Keep him tied up and quiet. We don’t want nobody knowing.” Thairyn’s heart sank once again as he realized it was only the return of his captors. But at least he was getting out of the trunk. “How long to port?” That was Arth’s voice. “Tomorrow, late afternoon,” answered Naron. “I’ve got a wagon and hordle all arranged for us there. We’ll travel till after dark to get a good start.” “What about the boy then?” Tindus asked. “We’ll keep him in the trunk until we leave the city. After that, it will be up to the boy how he travels,” Naron sneered. “What about the ransom?” questioned Tindus, his eyes sparkling with greed. “The ransom demands will be delivered tomorrow and the day after. Fhelda and Leebus will see to it. By then, we’ll be well down the coast.” 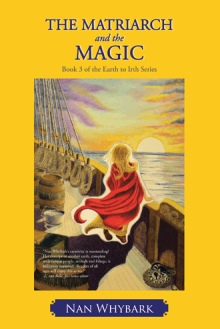 The Matriarch and the Magic
Nan Whybark
$14.95 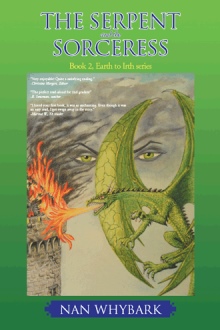 The Serpent and the Sorceress
Nan Whybark
$11.95 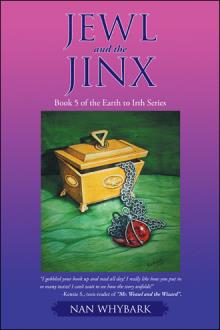 Heir to the throne of en’Edlia on the magical world of Irth, Crown Patriarch Thairyn insistently claims that he has a magical birth-gift, even though there is no evidence of it. His family fears he is not just a late bloomer, but magicless like his mother and older sister.

The rebellious Xens continue their hostilities against the ruling family members who were born off-world or without magic. When Xens kidnap Thairyn, his frolicking game of “catch-me-if-you-can” turns into a deadly race of “find-me-if-you-can.” Will Thairyn be able to overcome his own fear and self-doubt? Will his family be exiled? Will Thairyn escape his kidnappers before they claim the ransom and possibly his life?

,p>Unknown to anyone, Thairyn steals a secret that will change all their lives— if there is time for it to unfold amid political and family crisis and the vengeful kidnappers’ plot.

For over two decades, Nan Whybark taught reading, art, writing, theatricals, and many other subjects to children. She loves teaching, learning, nature, swimming, writing, reading, art, and dragons. Ms. Whybark has five children, 21 grandchildren, and several dragons. She is retired in Washington State