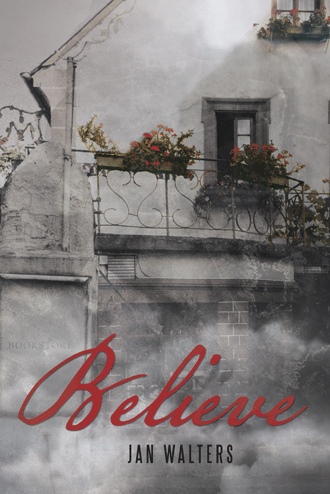 Without warning, lightning flashed outside and booming thunder shook the house. The lights flickered. Ann tried to stand but dizziness overwhelmed her. Her vision wavered as she fought to remain conscious. Damp, gray mist shrouded the room. As her sight cleared, she found herself in a strange room. The wood-paneled room was furnished with expensive antiques.
Ann squeezed her eyes shut. “This can’t be real. I'm dreaming. It's a delayed reaction to all the stress.” She pinched her arm. “Okay, that hurts.”
She slowly opened her eyes and found the room unchanged. She had to get out of here! When she tried to move, her feet had become lead weights that wouldn’t budge. She couldn’t stand. What was happening? Even her body felt different.
Heavy footsteps echoed in the hallway. Ann felt a level of fear, never experienced. Her anxiety increased as the sound drew nearer. She pushed tussled curls out of her face, bravely meeting what lurked on the other side of the door.
The footsteps paused near the door. Seconds later, the door burst open allowing a gust of wind to rush into the room. Ann jerked to her feet. The man pictured in the album filled the doorway. A heavy, black coat billowed about his formidable frame. A whiff of intoxicating musk caressed her senses. He whipped off his outer garment and threw it on a chair. His emerald eyes locked with hers. His dark evening clothes were austere. His chiseled facial features held a strained, intense expression.
Was she confronting a phantom or a real man? Terrified, she covered her face with her hands. Thunder continued to echo throughout the house. Would this nightmare ever end?
Patrick arrived home, just missing the storm that swirled outside. As he started for the stairs, a strange sound came from the sitting room. It had been his mother’s favorite room. After her death, he had ordered his staff to close off the room.
When he threw open the door, nothing could have prepared him for what he saw. Victoria! At least, he thought it was Victoria. He saw no carriage at the front drive and none of the staff had alerted him of her presence. She was trembling. Was she afraid of him?
He studied Victoria’s slender figure. Her hair looked darker, more auburn. It dangled loosely down her back, brushing against her shoulders. As his gaze traveled down her body, he began choking. She wore some kind of tight garment, which hugged the fullness of her breasts. Her nipples were hardened nubs that were clearly evident through the thin material. The covering was decorated with incomprehensible words printed on the front. Who or what was Bon Jovi? Loose trousers hung from her narrow waist. Visions of those long curvaceous limbs wrapped about his hips brought a half-smile to his face.
Though he was shocked and confused by her strange, immodest clothing, he couldn’t tear his eyes away from her. Guilt surfaced. She needed a friend, not a lover. He had never experienced sexual desire for Victoria. But this night, his body hungered to touch her. What was her game? Seduce him? If that was her intent, it was working. She could dress like this if she wished, but only for him. He wanted no one else to view her tempting body, for these clothes left little to the imagination.
They gazed at one another, afraid to break the magical spell that surrounded them. The need to gather her in his arms and take her to his room was overpowering. Heated blood pounded through his body. He wanted her as he had never wanted any other woman. 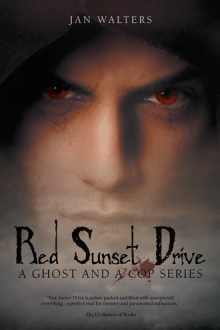 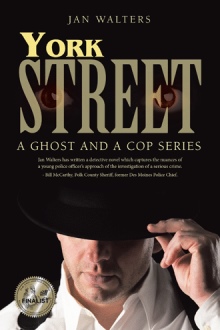 “The author’s writing propels the reader forward in a gripping tale from start to finish. Although, Ann and Patrick’s story is at the forefront, other characters such as Malcolm, are equally interesting. Readers who are not bothered by the sexual explicitness of modern romance writing and who enjoy a historical setting combined with a touch of fantasy should find Walters’ book well worth reading.” —Reviewed by John E. Roper, US Review of Books “Traveling back in time to find everlasting love is a fairly well-used plot device in the romance genre. Several things stand out in Believe that make it different from other time travel romance books including the manner in which Ann travels back.” —Review by San Francisco Book Review “The element of a sociopathic stalker adds a level of mystery and suspense, as well as provides a catalyst to advance the romance between Ann and Patrick. Believe is a good historical romance with a bit of fantasy and suspense thrown in, and will appeal to traditionalists of the romance genre.” — San Francisco Book Review The moment Ann Roberts —a divorced mother of two grown children—spots the decrepit-looking bookstore, her life is turned upside down. Having a kinship with the past and unable to deny the allure of an antique bookstore, Ann ventures inside. She feels compelled to purchase an old album—titled Lady O’Neil’s Memoirs—that coincidentally carries her great-grandmother’s surname and chronicles the history of a prominent English family in the nineteenth century. Soon, her nights become haunted with dreams of the handsome man, Patrick O’Neil, pictured in the book. Their love is tested as they attempt to outwit fate that threatens to return Ann to the twentieth-first century.

Jan Walters enjoys researching her own family history. She and her husband own a farm and grow produce to sell at the local farmers’ market and other retail outlets. Besides her love of writing fiction, Jan owns a consulting company, which specializes in the delivery of government nutrition benefits.