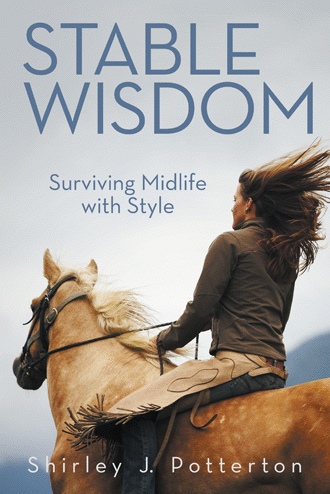 For a brief moment I thought I was in heaven. The rhythmic sound of wings passing through air played in the night like notes on a harp. Angel wings no doubt. Pleasant, restful sounds. I was in a really good place when the peacefulness was shattered by a scratchy cry that startled me into full alert. I sat up fast sending a couple of barn cats flying and looked straight into the bold, round eyes of a teenage rooster. He stared back at me from the top of a bale of grass hay that was stacked directly across from my cot. He hadn’t perfected his squawk or his swagger, but he beat his wings mightily, strutted in my direction then called another raucous welcome to what might have been the dawn if it weren’t totally dark outside. With his next attempt at crowing ringing in my ears, I knew for sure I wasn’t in heaven; I was in the barn with a teen-age rooster who was eager to be heard. I should be honest and admit that finding myself in heaven would have been a letdown. I didn’t want anything, even heaven, to interfere with the fulfillment of this one very special earthly dream. Anytime now, my mare would deliver her foal, a first for both of us. This anticipated event was the reason I’d been sleeping in the barn in the cold for two weeks with adolescent roosters, cats, mice, spiders and who knows what else. As thoughts of paradise were driven away by the reality of the cold barn, I realized that if the rooster was crowing maybe it was close to morning. I checked my watch—3:30 am, April Fool’s Day. I peeked into the barn stall. The mother-to-be, my mare Sadie, looked a bit uncomfortable—maybe more so than usual. I even thought I might have seen a contraction, not that I would actually have known a horse contraction from a deep breath. I decided to run up to the house and get more towels in case we were nearing the time of the blessed event. I returned about fifteen minutes later. Sadie stood in the middle of her stall staring down at a dark spot in the straw. In the dim light it looked like a puddle of blood. I threw the towels in the direction of the rooster and rushed in to see what was wrong. A tiny bay filly lay on the ground, head raised, afterbirth comically draped between her ears. Soft brown eyes stared quizzically at me, and I felt tears of absolute joy running down my face even as I laughed at the surprised expression on the foal’s placenta-draped face. The one thing I knew for sure as I watched my very own foal blink and shake her head was that I didn’t need heaven tonight because this was as good as it could possibly get.

Although midlife has been traditionally viewed as a time of decline, science and experience are demonstrating that most of our fears are unsupported. For many women it can be a time to rediscover important aspects of themselves that have been left due to the responsibilities of motherhood and careers. In Stable Wisdom, lifelong horsewoman Shirley Potterton provides a one-of-a-kind guide for women on a midlife journey that encourages transformation and positive changes with the help of an equine companion. Potterton, whose love for horses was rekindled at midlife, relies on experiences from her own journey of self-discovery as well as others’ to share powerful tools and exercises to help women embrace the wisdom of an intuitive creature in order to move forward, develop new skills, and utilize innate strengths. Through a step-by-step plan that can be applied with or without a horse, women can learn how to • listen to the inner voice for direction; • create and renew energy levels; • develop a courageous approach to life; • bring insight, wisdom, and experience to leadership roles; and • initiate self-reflection without judgment. Stable Wisdom provides valuable guidance, tools, and confidence for any woman in midlife who dares to think big and is ready to discover her own unique wisdom and implement exciting life changes.