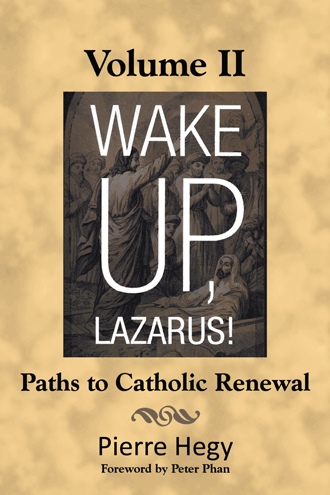 This book takes the perspective of the Latin American bishops in their document “Disciples and Missionaries of Jesus-Christ.” This is a new direction for the church, one that emphasizes discipleship rather than traditional forms of piety, lay involvement rather than “pay and pray,” and transformation of church and society rather than passive status quo. This new direction is outlined in a first chapter and is recapitulated in a concluding chapter outlining ten paths of renewal that can be applied at the local, national, or global levels.

There are three areas examined in this book that call for renewal: Sunday liturgies, Sunday homilies, and the relationship between Rome and the “daughter-churches.” The chapter on Sunday liturgies describes one hundred churches, fifty in the U.S. and fifty in Guatemala City. These liturgies can be divided into priests’ Masses (little or no participation from the assembly), minsters’ liturgies (strong participation from the lay ministers but much less from the assembly), and community celebrations (strong participation from all). This chapter also provides an analytic tool to evaluate the quality of the liturgies. Much can be learned there for renewal.

The chapter on preaching analyzes the one hundred homilies recorded in the Sunday liturgies. These are compared with lay “homilies” broadcast on a Guatemalan television station, ten homilies of Fr. Robert Barron given the same day as some of the U.S. homilies, and five sermons by an evangelical pastor. It is the comparison of these sets of preaching that allows for their evaluation in terms of doctrine, spirituality, knowledge of the bible, faith sharing, prayer, etc. Preachers are important cultural agents; as shepherds they can lead their flock to new pastures or keep them behind enclosures. Homilies are an important area calling for renewal.
The chapter on the papacy first analyzes the scope of papal supremacy in Pastor Aeternus of Vatican I and canon law. The “patronage system” is examined next, showing that the papacy established privileged relationships with the kings of Spain and Portugal in the New World, a system that was continued later through concordats. Today papal centralization is greatest through the exclusive nomination of bishops and the control of episcopal conferences by the Curia. Much renewal is desirable in this area.
The book ends with a call for renewal inspired by both Vatican II and the Latin American proposal for a church of “Disciples and Missionaries of Jesus-Christ.” Renewal is possible without structural changes, and renewal is necessary now. 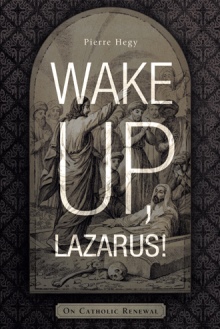 This book presents research in three new areas: Sunday liturgies, homilies, and pastoral concepts. First it presents to the readers the major Latin American document, “Disciples and Missionaries of Jesus-Christ,” which sets the course of the Church in Latin America for the next decade. Next I present the findings about the Sunday liturgies in 100 churches, 50 in Guatemala and 50 the U.S. The following chapter analyzes 100 Sunday homilies in comparison to lay talks, homilies by Fr. Robert Barron, and evangelical sermons. In one more chapter I discuss basic concepts for pastoral research. Chapter 6 discusses the consequences of papal centralization for church renewal. The last chapter outlines ten basic paths of renewal. What is new in this book is the research on Sunday liturgies, homilies, and pastoral concepts.

Pierre Hegy received his PhD from the University of Paris in 1972. He is an author and a professor emeritus of sociology at Adelphi University; he has been a Fulbright scholar at Taiwan National University, and he taught for two years at the Catholic University of Lima, Peru. His field of research is sociology of Catholicism in a pastoral perspective.