Native Americans and the National Parks 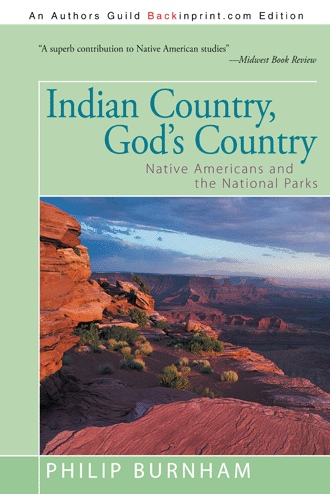 The mythology of “gifted land” is strong in the National Park Service, but some of our greatest parks were “gifted” by people who had little if any choice in the matter. Places like the Grand Canyon’s south rim and Glacier had to be bought, finagled, borrowed--or taken by force--when Indian occupants and owners resisted the call to contribute to the public welfare.

The story of national parks and Indians is, depending on perspective, a costly triumph of the public interest, or a bitter betrayal of America’s native people.

“It’s not just Indians who need to heed the lessons of this book and the ultimate illusion of ownership.”

“A great asset to the literature on the relations between Indian people and the National Park Service.”

PHILIP BURNHAM is a teacher, writer, and historian based in Washington, D.C. He has a Ph.D. in American Studies from the University of New Mexico, has been a correspondent for Indian Country Today, and has published several books about American history and culture. He currently teaches at George Mason University.