Snapshots of a Changing Catholic Church 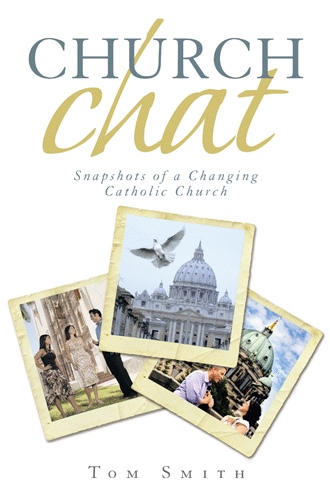 In the beginning, we had a story. In time, we created a system. Now, Pope Francis is back to the story. End of chapter.

If I had the courage, I would end right there. It’s not that I get paid by the word since I don’t. It’s just that I can’t leave it alone with those few words. I don’t know but it feels like I’m going to gain weight or something, if I don’t say more. Maybe that’s the difference between a poet and a prose guy like me.

Anyway, one way of describing the impact of Francis is to recall that Christianity began with the story of Jesus, his life, teachings, death and resurrection. Early followers of Jesus retold the story in a number of ways, and the story attracted other followers. Simple. Attractive. Motivating. Inspiring.

Fast forward a few centuries, after we’ve analyzed the story, codified the separate elements, interpreted its microscopic meanings, specified its implications, compared detailed theories, chose one interpretation over others, wrote libraries, argued incessantly, killed one another over differing opinions, organized and reorganized the material, established an authority structure to referee the process, - after all that, we ended up with a complex system including a creed, a code, and a ritual. Not as simple, attractive, motivating and inspiring.

In other words, the original story got buried under the weight of that system. It’s not that the story went away or that we forgot it. It was always there but it was harder to find and respond to, since it was overwhelmed by the system. Some Protestant denominations substituted their system for the Catholic system, and called it Reformation. In despair, other Christians supposedly rejected all systems, and became fundamentalists.

It isn’t that the “truth” became lies. It’s just that sometimes too much truth becomes tedious. A lot of little truths tend to shrink the big truths down to the tiny truth size. That’s what systems do to stories.

Francis, a product of the system, sees past the system and has recaptured the story. He relates to the Jesus of the story and he retells the story in word and deed. That relationship shapes his relationships with people, the world, and all of creation. It is obvious and genuine. That is why he is exciting, attractive, and inspiring. He lives the story even as he dwells within the system.

The challenge is to reinvigorate the system with the story. Can Francis make that happen? Some possibilities are:

• One place where the system dominates the story is the annulment process, and the overall stance toward divorced and remarried Catholics. The story says to accept people into the community completely, especially full participation in the Eucharist. The current system says to comply with our humiliating and punishing system and maybe we will grant you some concessions. Of course, there’s a whole flawed theology which supports the system. But the story negates the theology and the supposed obstacles to full communion. Will the Synod on the family this fall reflect the story or reinforce the current system?

• Another arena of conflict between the story and the system is the lifestyle of the hierarchy. The system supports a lavish, entitled, favored, pampered, and privileged lifestyle for priests, bishops and certainly cardinals and popes. Francis has clearly pulled their Persian rugs out from under them with his simple, humble, revolutionary life style. Will the hierarchy follow Francis and his adherence to the story of Jesus or defend the style supported by the system? Will they do anything about it, or ignore it and continue as is until a new pope, hopefully, returns to the lifestyle they have become accustomed to?

• What will become of the renewed emphasis on the needs of the poor? Francis, following Jesus simply and directly, stands for the poor in his teaching and symbolic actions. The system has marginalized the poor. Will, for example, the decades long persecution of liberation theologians be lifted? Will slogans like “the preferential option for the poor” become policy cornerstones rather than bumper stickers?

Francis has clearly aligned himself with the story. It takes time to remake a system and it is still debatable whether he can impact the system enough to align it more clearly to the story. But I certainly hope he can.

Now, did I need all those words to say what I said in the first paragraph? Or am I a poet after all? 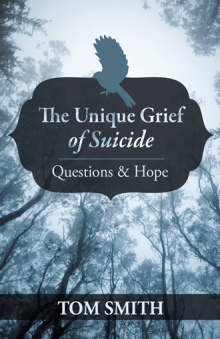 On March 13, 2013, the Catholic Church changed dramatically when Pope Francis I, the Argentine slum walker, immediately began to redefine the papacy. His refreshing yet humble leadership collides with the approach of previous popes and revives the themes of the Second Vatican Council. In Church Chat, author Tom Smith catalogues that remarkable transition in an entertaining and thought provoking style. A collection of previously published columns dating from 2009 and into 2014, Church Chat fearlessly displays some flaws of the Catholic Church while applauding the leadership of Pope Francis. It is written by a progressive, and still practicing, Catholic who insists “It’s my Church, too!”

Transition times stir things up, cause unusual hopes and fears, bring stuff at the bottom to the top and take one set of priorities and replace them with another. Things move quickly during major transitions, what was standard at one time is replaced by a new approach.

Since this new period is just beginning, we don’t know how it will turn out, but one thing is certain: these are historic times in the Catholic Church. Pope Francis is moving quickly on many fronts and the vision of Vatican II is growing some flesh. Finally.

“Every Catholic -- liberal, conservative, or confused -- will benefit from Tom Smith’s intelligent book Church Chat. I highly recommend this lively and loving book.”
—Michael Leach, author of Why Stay Catholic?
Unexpected Answers to a Life-Changing Question

“Church Chat is a great read for veteran Church reformers as well as for people in the pews. The issue treatment is very comprehensive and right on... all done in a friendly conversational style. The reader thus comes away with a window into a hope filled near future for the People of God as well as a warm connection with Tom on his soulful journey forward.”
—Dan and Sheila Daley, Co-Founders of Call to Action

Tom Smith is the author of seven other books. His two theological degrees and decades of experience in various ministries provide him the background for Church Chat. He and his wife, Fran, live in Shiloh, Illinois.