Electrification and the Diseases of Civilization 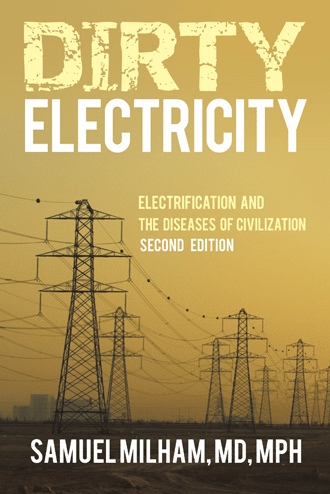 In the mid 1990s I got a call from a California attorney representing workers at a Grubb and Ellis commercial real estate office who claimed that they had too many cancer cases. They worked on the first floor of a 14 floor office building and sat over three 12 KV transformers which caused strong magnetic fields in their office space. The employer, the building owner and the utility had hired experts who had done a very nice cohort study of cancer incidence in the workers and had reported that there was no cancer problem. Being curious about what had been done, I agreed to look at the data set. About 30 seconds after loading their CD, I noticed that most of the cancers cases were in long term workers, in spite of the fact that that more than half the workers worked there for less than two years. A duration of employment analysis showed a nice linear relationship between duration of employment and cancer risk. If a risk of 1 was set for workers employed less than two years, workers employed for 2-5 years had a cancer risk of 9.3, and workers employed for 5-15 years had a cancer risk of 15.1. Risks this high are very unusual in most magnetic field /cancer studies Two other findings were disconcerting: The all cancer risk for both sexes was elevated, and malignant melanoma was over-represented. There were 2 melanomas among the 8 invasive cancers, and 2 additional melanomas that were limited to the outer skin layers (in-situ) that were not counted in the analysis. I contacted the people who had done the study and told them what I had found. It was their data and analysis, and I felt funny reporting on their data. They didn’t want any attribution (or blame), so I published it without revealing who they were, and didn’t identify the workers or the building (Milham 1996). I understand that the basement bus bars which carried the current from the transformers were lowered in an attempt to reduce the magnetic fields in the office space above them. This building was one of mirror image twin towers. To my knowledge, no changes were made to the other tower. Grubb and Ellis moved to new quarters and their space was occupied by Conexant Corporation.

When Thomas Edison began wiring New York City with a direct current electricity distribution system in the 1880s, he gave humankind the magic of electric light, heat, and power; in the process, though, he inadvertently opened a Pandora’s Box of unimaginable illness and death.

Dirty Electricity tells the story of Dr. Samuel Milham, the scientist who first alerted the world about the frightening link between occupational exposure to electromagnetic fields and human disease. Milham takes readers through his early years and education, following the twisting path that led to his discovery that most of the twentieth century diseases of civilization, including cancer, cardiovascular disease, diabetes, and suicide, are caused by electromagnetic field exposure.

In the second edition, he explains how electrical exposure does its damage, and how electricity is causing  our current epidemics of asthma, diabetes and obesity.

Dr. Milham warns that because of the recent proliferation of radio frequency radiation from cell phones and towers, terrestrial antennas, Wi-Fi and Wi-max systems, broadband internet over power lines, and personal electronic equipment, we may be facing a looming epidemic of morbidity and mortality. In Dirty Electricity, he reveals the steps we must take, personally and as a society, to coexist with this marvelous but dangerous technology.

Dr. Samuel Milham is a physician-epidemiologist specializing in public health. He has more than one hundred scientific publications, many dealing with the health effects of electricity. In 1997, Dr. Milham was awarded the Ramazzini prize for his pioneering work in describing the occupational cancer risks of electromagnetic fields. He lives in Olympia, Washington, and Indio, California, with his wife, Sherry, and dog, Monte.