A Blueprint for Organizational, Team, and Individual Success 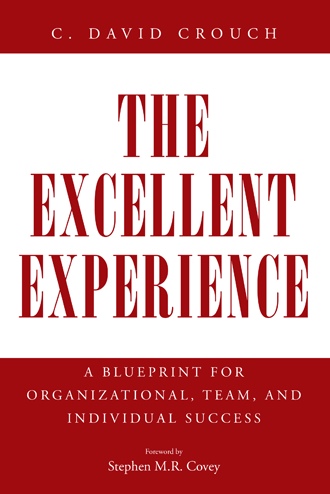 “Far better it is to dare mighty things to win glorious triumphs even though checkered with failure than to take rank with those poor souls who neither suffer much nor accomplish much because they live in the gray twilight that knows neither victory nor defeat.”
- Theodore Roosevelt

“Life is either a daring adventure, or nothing!” - Helen Keller

We all want to be a part of something really special…to feel swept away in an adventure that transcends us…to feel like we matter to the world around us in some significant way.

It was the spring of 1975, and I had been selected to play the part of Jesus in our high school production of the Broadway musical Godspell. Our director, Mr. Grady, had a true love for drama and an exceptional ability to get kids to perform at their best. He worked us hard every day after school and built a passion in us to be the best we could be. He required persistent discipline from us as we learned our lines, worked on the dance steps, and stumbled through the scenes. He had to start from scratch with many of us, including me. After all, we were just high school kids, not seasoned actors.

Perhaps the most challenging and frustrating skill I personally had to learn was tap dance. There was a scene in the play where Judas and Jesus did a vaudeville tap dance to a song called “It’s All for the Best.” I’ve never been much of a dancer and frequently joke about being able to do that simple side to side half step Will Smith teaches his protégé in the movie Hitch. My wife tells me I’m pretty good at Carolina Shag, a dance you do to beach music in the Carolina’s. It’s kind of like the Jitter Bug. I learned it back in the late seventies from my fraternity brothers at Chapel Hill. I can also slow dance to a good romantic song … at least that’s what my wife tells me.

I can slow dance, I can half-step disco, and I can shag … but I can’t tap dance. Mr. Grady had a heck of a time getting me to learn to tap. He brought in the school’s best dancer, Sherri, who now owns and operates her own dance studio for mostly young, pre-college age girls. Sherri worked with me for weeks after school trying to help me learn to tap dance. Finally, almost ready to give up on me, she figured out how to simplify it in a way that looked like tap, but was much easier for me to do. That’s probably the first time I realized that when you’re on a journey to excellence, sometimes you have to figure out ways to compensate for your weaknesses. No one person is good at everything, so learning what you’re good at and what you’re not is critical to individual excellence. I’ve also come to realize that any personal quest for excellence is not really so personal at all. It always involves others. I needed Sherri’s help to do that dance!

The unique talents and capabilities of the kids in the play, shaped by Mr. Grady’s talented and unique style of leadership and encouragement, combined to create one of those remarkable adventures that transcended each of us. As it was happening, I felt I was a part of something really special. Following opening night of the play, every performance was sold out…standing room only. The public responded so positively that we extended its run a full week. Mr. Grady, in his infinite wisdom, had us stop right there believing you should always leave your audience wanting more.

We took the show on the road and continued to have remarkable audience response. During one show at a school for troubled young boys, something very special and unexplainable happened. Near the end of the play, when Jesus was placed on the cross to suffer the crucifixion, it began to rain very hard. We were in an old gym with a solid tin roof. Just as Jesus was being crucified on the cross, the driving rain made a horrific sound as it pounded on the roof, making it almost impossible to hear the play. The rain continued pounding throughout the entire crucifixion scene. As Jesus reappeared to the audience in representation of the resurrection, the rain suddenly stopped. It was as if God was helping us make a dramatic statement about His son. It was a moment that transcended time and space, and made me realize just how special this experience had become.

Godspell was an example of excellence in my early life. It made a difference in the lives of those it touched, both in the production itself and in the audiences for whom we played. It left a mark on my heart and in my life that I’ll never forget. To this day, it’s still one of the most positive memorable experiences I’ve had in my fifty plus years. Even as I write about it now, I feel warmth in my heart and a sense of accomplishment at having made a difference in some small way in the lives of others. We gave our best, and it was undoubtedly an excellent experience! Excellence makes a difference to others.

Principles of excellentology revealed in the Godspell story

The Godspell experience taught me several things about excellence worth noting.

1. Excellence requires hard work, persistence and discipline.
 We practiced every day for 3 months. 2. Excellence demands you learn how to compensate for your own weaknesses.
 We had to find a way to make the dance look like tap. 3. Excellence always involves others.
 It was a team approach that came together with synergy. 4. Excellence requires leadership.
 Mr. Grady inspired us to give our best. 5. Excellence produces distinguishable results.
 We played to sellout crowds every night and ended with them wanting more. 6. Excellence makes a difference in the lives of others.
 Cast members and people in the audience alike were deeply impacted. 7. Excellence creates a positive memorable experience for everyone involved.
 All of us involved remember the experience as a powerful one in our lives. 8. Excellence provides a tremendous sense of accomplishment.
 We felt like we had done something really special and really great!

Since that spring of 1975, I’ve had many other experiences I would consider ones of excellence. Those are the times of my life I remember most. They are the experiences that stand out. They made a difference to me and others, and gave me that tremendous and wonderful sense of accomplishment…of doing something that really mattered. As we take this journey of excellence together, let’s highlight the lessons along the way. At the end of the book, I’ll capture them all together in one list so you can remember them and apply them to every aspect of your life.

How can we create an environment that leads to excellence? What needs to happen to enable every individual in an organization or team to perform at their best? Are there principles we can follow that will produce excellence every time? Is there a framework for excellence that will guide us in the right direction and give us the best opportunity for success in that thing in which we set out to do? Is it possible to create a blueprint for excellence that when applied, will generate the best possible outcome? Can anyone learn how to apply this blueprint in their own life, in their own work, or in their own teams?

The answers to those key questions about excellence are the focus on this book. My objective is to provide you with a framework for building excellence you can apply to any aspect of your life. 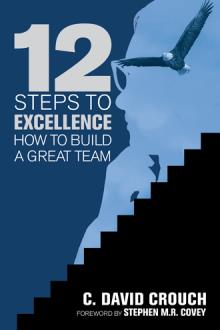 In his new guide, author C. David Crouch reveals the eighty-three principles of excellentology to help you build excellence in your life. Using “building a house” as a metaphor, he guides you in your own personal journey toward excellence. You can learn how to

• lay a strong foundation by developing a mission, vision, principles, and standards;
• recognize five pillars of performance that map a clear path toward excellence; • assemble a roof that allows you to measure your progress at the organizational, team, and individual levels; and • improve your ability to lead yourself and others toward excellence.

By applying the model in five diverse environments—an organization, a team, a church, a family, and an individual life—Crouch demonstrates its effective use for any endeavor. He also applies his model for excellence to a sixth environment—the United States of America—revealing some interesting considerations.

Build a life of joy, peace, significance, and fulfillment for yourself and those around you with The Excellent Experience.

C. David Crouch, excellentologist, is a consultant specializing in helping organizations, teams, and individuals create and sustain cultures of excellence in all types of environments. He earned a bachelor’s degree in business administration from the University of North Carolina–Chapel Hill and a master’s degree in organizational development from Western Carolina University. He and his wife, Debbie, live in Charlotte, North Carolina.