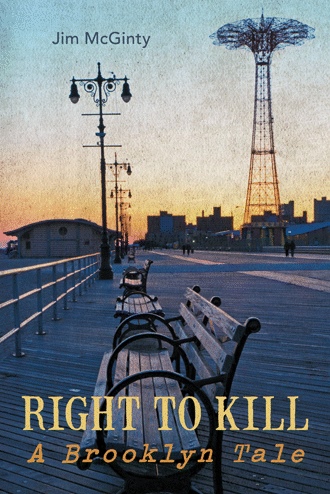 Much has been written about war—why men serve, how it affects them physically and emotionally, and what happens when they return home. The Vietnam War still plagues us today on many levels, none more painful than the treatment of those who served. In contrast to today’s almost universal outpouring of support for “the troops” and “the vets,” the war years of the late sixties were not kind to our warriors. The media drumbeat focused on the futility of the war, massive protest by young people, and the vilification of anyone connected with the war effort. Much reporting of that time fostered stereotyping of those who served in Vietnam, with emphasis on drug use and inability to cope. There were other views of the men who fought in Vietnam, perhaps far more universally felt. These were the thoughts, feelings, and actions of parents, wives, close friends, lovers, and neighbors of those who served. These feelings and emotions form the backdrop of this story and address the reasons for this work of fiction—to make people remember, cry, laugh, and understand the Vietnam War years from the perspective of tradition-bound blue-collar people. It’s a timely subject given the world today. Right to Kill is a Brooklyn tale about romance, street-smart characters, gritty combat, brutal murder, and a touch of humor—all contributing to an epic moral dilemma. “In Right to Kill, Jim McGinty shows himself to be a master story-teller. Through believable characters, he perfectly captures the often bipolar nature of American life during the sixties, both on the mean streets of Brooklyn and in the sweltering Que San Valley of Vietnam. McGinty ultimately delivers a gripping tale that is as powerful in what it has to say about death and vengeance as it is poignant in its message of life and forgiveness.” — Jim Mathews, Author of Last Known Position

Set amid the social turmoil of the late sixties, Right to Kill is a Brooklyn tale about street-smart characters, loyalty, romance, gritty combat, murder, and a touch of humor—all contributing to an epic moral dilemma. A law student from a blue-collar neighborhood, Sean Cercone, puts his life on hold to join the Marine Corps. He makes his way from Gravesend, Brooklyn, through Marine officer training, and onto the blood-soaked fields of Quang Tri. The crucible of vicious combat in Vietnam and a senseless killing back home crush his moral compass. Sean makes a clandestine trip out of the war zone back to his neighborhood to carry out a vengeful mission and subsequently returns undetected to Vietnam. Coming home a second time, damaged in body and mind, his family, boyhood friends, a war widow, and a Holocaust survivor all try to help him attain peace and move on with his life.

Jim McGinty earned a BA, an MBA, and an honorary doctorate from St. John’s University in New York. A Vietnam vet, he retired as colonel from the US Marine Corps Reserve. His business career spans four decades as an executive with Dun & Bradstreet, CSA, and RR Bowker. He is currently vice chairman of Cambridge Information Group. Jim and his wife, Pat, reside in Vienna, Virginia. This is his first novel.