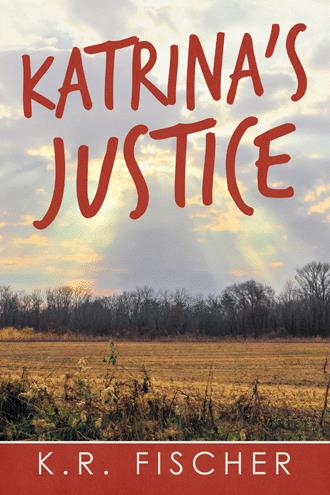 The new millennium was spent by visiting Walt Disney World in Florida when their children were old enough to remember and enjoy. Katrina and Darin wanted their three children to experience the world around them. When they moved several years ago into a community, where there were plenty of fields, prairies, wooded areas, lots of wild life, and large farms. This was living in the country yet the housing development was like suburbia. The only thing they did not have was stores in the area. The nearest store was about twenty miles away in a near-by city. Like most young families, they had decided to find a safer place for their children to grow up in by moving westward. Katrina and Darin had lived in their small-gated community for a couple of years in northern Illinois. Their family was a common scene in small towns in the Midwest. The mother had some health issues from her past, but nothing that their family could not handle. The family had a daily routine for everyday life. The mother had just finished taking the eldest son Wayne to school and his younger brother Junior to preschool. The youngest was a toddler who went by the name of Rosa and was into everything that curiosity could show a child. Their father, Darrin, traveled to work in the nearby suburbia. The family joined many community activities to give their children a chance to grow and learn. Darin and Katrina wanted their children to have everything they did not have themselves when they were children. They wanted their children to have love, compassion, religion, individualism and some material things. They wanted their children to learn about their heritage through extended families and traveling throughout the United States to learn about our country’s history and the different people. The years passed quickly and the children learned many adversities about life. Junior at an earlier age was diagnosed with a disease known as Attention Deficit Disorder and an Anger Psychosis, which was inherited genetically. The company Darin worked for provided medical insurance and helps them to find a doctor that specialized with that field of medicine. The specialist informed the parents that their son Junior may one-day out- grow this condition but no one knew for sure if it would happen during puberty. Darin and Katrina now had a

The book is about a family that lives in a rural community in the Midwest that is learning to cope with the many issues of raising children in the twentieth century and after the terrible incident of September 11, 2001. what it takes to have hope to achieve life along with dealing with nature’s fury after Hurricane Katrina in 2005. The mother Katrina battles everyday life with raising three children in a rural community as her life unfolds with one of her children being diagnosed with AD, ADHD and anger psychosis at a young age. As the children grow up to be teenagers the family learns about the real judicial system first hand as the oldest is arrested and taken away from the family. Katrina learns to cope as a parent, mother and wife as the judicial system tears her apart on top of dealing with emotional and medical conditions on a daily basis. The family learns that justice is in the eyes of the holder and life needs to continue with the notion of hope is just at the end of every rainbow. The story continues as Katrina and Darrien try to mend their marriage and accept their fate as parents’. Katrina watches her family more on as the children reach their young adult ages, continues to go back to school and see why life itself is to be treasured. As she watches Hurricane Katrina destroy the gulf coast in 2005 and a great aunt and uncle loose all their early belongings. Katrina soon realizes that if people including herself have hope then things will get brighter at the end of that long tunnel.

Kathleen R. Fischer is currently living in north Phoenix with her dog Rusty. She has three adult children and divorced. Two live in the Pheonix metropolitain area. She has her Associate of the Arts Degree in business, obtained a diploma with honors from Ultimate Medical Academy and Bachelors Degree in Health Care Administration. She is a free lance writer for the past decade by writing articles and blogs on line. She has worked as a certified health care aid for the past years. She enjoys painting landscapes, reading by the pool and being with her family..