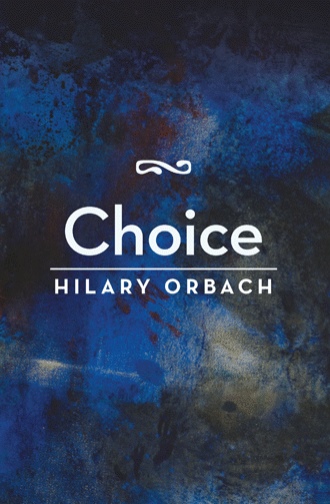 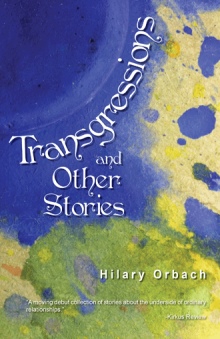 Transgressions and Other Stories
Hilary Orbach
$16.95

In the early 1990’s in America, anti-abortion sentiments led to increasing violence toward clinics and the caregivers who bravely defied public opposition. In this novel, three people with their own compelling backgrounds are drawn into the struggle.

Phil, an idealistic young doctor committed to women’s reproductive choice, thinks he’s ready for anything when he opens his clinic in eastern New York State.

Jenna, another doctor in their residency, with an unwanted pregnancy in her own family, finds her commitment to choice merged with an unspoken love.

Adele struggles to support Phil’s choice of work, but with growing resentment longs for calm and safety around the birth of her own child.

In the midst of escalating threats and protests, the world of the clinic is upended when a young patient’s problem and an eager staff member’s empathy lead inexorably to a startling act of violence. As Phil, Jenna and Adele confront the tragedy, the grief and despair left in its wake threaten both the clinic and their relationships. Each finds personal choices to make, driven by desire, loyalty, and loss—until another act of violence changes the direction of each life.

Hilary Orbach is a graduate of the University of Chicago and has held a Fiction Fellowship at Stanford University. She is author of the collection Transgressions and Other Stories (2013) and has published fiction and poetry in Seventeen, Redbook, The Chicago Review, The Nebraska Review (First Prize in Fiction, 2003), Crucible, and The Atlanta Review. She is a psychotherapist and lives in New York City.