This Token of Freedom 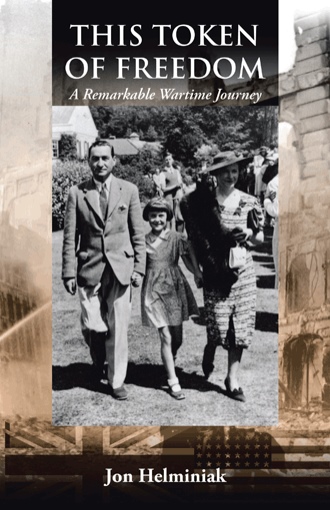 In the summer of 1940, the German Luftwaffe was preparing to destroy London by bombing it for fifty-six consecutive days and nights.

To spare British children from witnessing the carnage and from possible death, millions of youth were evacuated from their London homes and sent away to safe locations. For many boys and girls, their lives would start over in new towns and often with unknown families. Historically, the idea of evacuating an entire generation of children, separating them from their parents, was unprecedented.

This is the story of one of those evacuee children, Jayne Jaffe, who at age nine, began witnessing the best and worst of humanity: war, love, death, separation, tears, euphoria, destruction and rebuilding.

For the first time, Jayne’s remarkable journey is told with compelling narrative by author Jon Helminiak in This Token of Freedom.

“This Token of Freedom is an extraordinarily well written and heartwarming story about family courage in a time of historic global strife. It’s important reminder of the upheavals wrought by WWII on British parents and their children.” The British Literary Society

Jon Helminiak earned a bachelor’s degree from the University of Wisconsin–Madison. In addition to managing Adventure Quest Productions, he is the executive director of the Aviation Heritage Center of Wisconsin, chief operating officer for Pax Media Corporation, and a part-time senior consultant with Lauritzen and Associates.