Snowdon’s Don and Other Stories 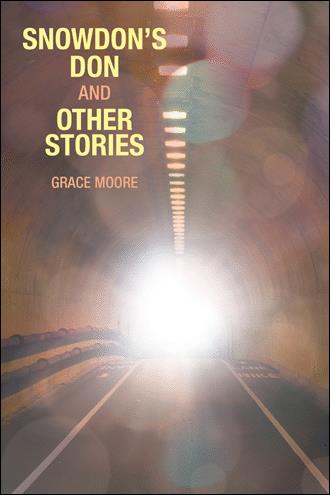 Money Back Stranded in the ghetto after Cleveland, and living in a rooming house again, her room was so small she could barely fit her few belongings into it. There was a bed, a hotplate and a bureau, but no place for her suitcases or boxes of books, which she would have to abandon, She kept her precious thesis, however, hoping she would find a way to work on it again some day. The room made her claustrophobic She could not be expected to stay there. So she hung around at the McGill Student Union, both to have more space and to find out what was going on. At the McGill Student Union she met up with the Trotskyists, or more specifically, the Groupe Marxiste Revolutionaire. Commonly known as the GMR, it saw itself as the vanguard of the 4th International and did not respond well to accusations of splintering on the part of the mainstream Trots. “ It’s just that our positions really are more advanced,” they explained. To Jill, it was all new. She had not been acquainted with the Trotskyist movement at all before. To her, Leon Trotsky had been just a figure in history. Certain aspects of Marxism attracted her, particularly Marx’s early writings on alienation, which she found compatible with the works of her hero, Jean-Paul Sartre. Now, she began to see in Trotsky’s works and in some of the writings about him, a continuation of the same intellectual tradition. She didn’t much go in for the partisanship, the factions on the left, but she came to believe that Trotsky had been the best thing happening in Soviet Russia at his time. She hung around with the GMR because they were more prominent on campus than many other groups. She believed in them, and then she met Gérard. A short, slight, wiry little man, with a red beard and a mane of thick red hair which fell well beneath his shoulders. He was accompanied by a big red dog, whom he introduced as “Cayenne”, and who had a coat of hair the exact same color as his own. “Did you get him to match your hair ?” Jill asked. “No, it’s purely coincidental. He’s a great dog. Very affectionate and easy to train. Part collie. I got him because I fell in love with him. Of course, I could have dyed my hair to match him, but I didn’t have to.”

These stories are based on episodes and materials from my personal life, and are widely varied. Most are set in Montreal, between 1967 and 2012, while a few are set in Newfoundland, and 1 is set in Africa. They are about women, men, children, politics and community, and the conflicts, as well as the harmony, that arise from all of these.

Grace Moore is co-ordinator of a Montreal community writing group, Expresso Writers, and past teacher of community writing. She has an MA in ritual drama and enjoys acting and spoken word performances. She has published in community publications, as well as in The Canadian Authors’ Association Anthology, Montreal Branch