One Shoe and the Golden Medallion 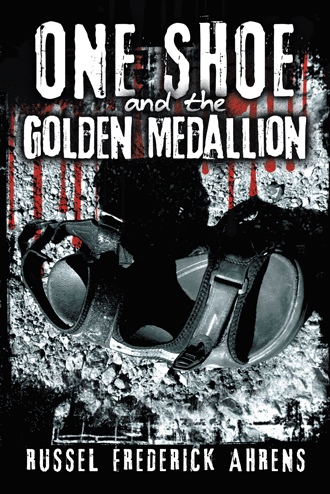 Terror strikes the world as a series of identical murders rock the globe. In each case, two people are involved. The first victim is found murdered with a bloodless hole puncturing a tattoo image of an ancient sandal. The second victim ends up missing, with nothing but a single shoe left behind. Obviously, authorities are stumped.

It all comes back to altruistic billionaire Henry Wainwright, who wishes to use his wealth and knowledge to improve the world. To do so, he has deployed an army of divinely possessed Virtue Warriors. He has founded the Society for Human Virtues, intended to erase the world of ignorance and self- destruction, one dead body at a time. But what really happens to each victim?

In the center of this mess is Frenchman Maury Levet, employed by Wainwright for purposes as yet unknown. As time passes, Levet’s suspicions increase. He notices Wainwright wears a golden medallion, and something about the piece of jewelry makes Levet uncomfortable. He doesn’t trust Wainwright—which is why he is dismissed.

When Wainwright goes missing, however, Levet experiences a supernatural transformation that brings great power. Now, Levet might fulfi ll the ultimate destiny of Wainwright’s Society … or he might disappear, too, leaving nothing behind but a shoe.

Russel Frederick Ahrens is the author of the how-to book The Joy of Values. He spent nearly thirty years in the advertising industry in San Francisco and Denver and was founder and CEO of a “Top 25” Denver-based ad agency. Now retired, he lives near Prescott, Arizona, but soon will relocate to the Denver area. One Shoe and the Golden Medallion is his first novel.