A Story of American Individualism 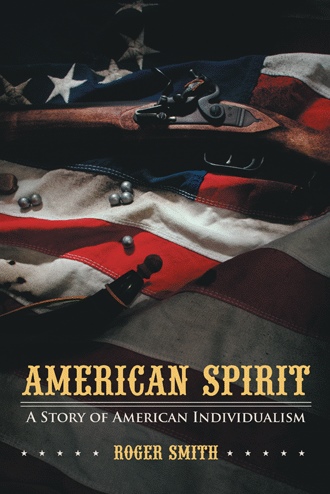 The first European immigrants came to the American colonies to escape incessant wars, oppressive governments, lack of opportunity, and tyrannical religious authorities. The dangerous and mysterious new world couldn’t rectify all the ills of the old world, but it offered something that resonated with their Christian faith—hope for a better life for their loved ones. They miraculously built a government that preserved more freedom and opportunity for the American people than any government in history. The United States can continue as a beacon of hope if its citizens focus on the common goodness of their past that binds them instead of the differences that divide them. American Spirit presents this refreshing perspective through an exciting mosaic of adventure, despair, hope, faith, and love. Smith’s incredible research and vivid writing style as he follows multiple generations of immigrants seeking freedom in America make this book an essential read. Smith’s novel is historical fiction that intrigues, engages, and lingers, long after the last page is turned. — Joe Kilgore, US Review of Books The Civil War is an ugly period of American history. Uglier still, are the many times inaccurate accounts of the war were told. Roger Smith has taken a giant step forward in setting the record straight. Reading this book will open your mind. It is much more than just another war story. — Dan Mackintosh, Pacific Book Review

Roger Smith graduated from the USAF Academy with a BS in History. He flew fighter aircraft in the Air Force, taught at the Air Force Academy, and served as a Research Fellow, publishing USAFE: A Two-edged Sword (Air University Press). He retired from both the USAF and Southwest Airlines. He writes regularly for the Chattanooga Times Free Press. He and his wife Patti live in Chattanooga, Tennessee.