The Magic Comes Back

A Max and Sam Adventure 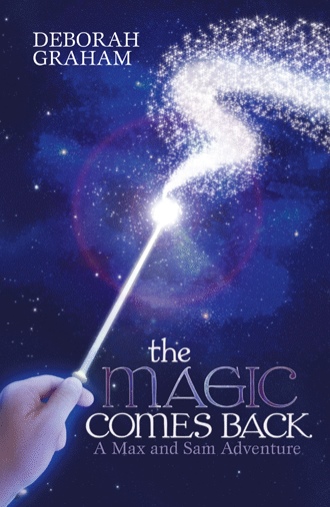 Max and Sam chose the Tornado Tunnel next.  As they headed into the tunnel, the wind caught their breath. Max’s hair was whipping around like crazy and Sam’s glasses almost flew right off his face. They bent forward and hung onto each other as they slowly made their way against the wind through the tunnel.  When they got to the end of the tunnel they saw a huge angry looking tornado.  It was swirling and spinning and twisting.
“Maybe we should just go back,” shouted Max trying to be heard over the deafening roar of the tornado.  “This looks way too dangerous.”
“But then we’ll never know what happened in our family,” shouted Sam. “I bet you your Magic Accessory is waiting for you right in the middle of that tornado!”
“How the heck am I supposed to get it?” shouted Max.
“We just finished learning about tornados in my science class. They have a still centre. So somehow, we have to get through the outside part of the funnel into the centre.”
“Got any wind spells?” Max asked.
“Let me check my book,” said Sam as he pulled his book out of his backpack. The pages were blowing wildly as he searched for a wind spell. He found one, but next to it was a caution box. It said that the spell could be very dangerous for new wizards.  He looked for another spell and then he found one he thought was safer.  He showed it to Max who quickly memorized it.
Max closed his eyes and tried to feel the power of the wind as he said,
“Wind, wind lift us up and drop us down,
Do it quick without a sound.”
Max and Sam were lifted up by a gust of wind. Up, up they went, right to the top of the tornado. They were holding on tightly to each other. They landed in the centre of the tornado. Just like Sam said it would be, it was still – so still it felt eerie, like they were the only ones on earth.
Max saw something whipping by him in the tornado. It was black. As he looked closer, he realized it was a cape swirling around him. He reached out with his wand and commanded the cape toward him.
“Magic Cape, you belong to me,
Leave the tornado and set yourself free.”
Somehow the stillness of being in the centre of the tornado was creating a stillness inside of him. He felt so calm and powerful. The cape whirled out of the tornado and wrapped itself around him. It was a perfect fit.
“Let’s get out of here. Try the ‘lift me up’ spell again,” Sam said.
Max tried the spell and it worked – but only for him! He and Sam weren’t holding on to each other this time. Sam was stuck inside the tornado. Think, think, Max told himself. He decided to try the spell again to get back inside the tornado and then he could hold onto Sam this time to get them both out. The spell didn’t work. Maybe he was too nervous for it to work, but he couldn’t seem to calm himself down.
Max heard screams. It was Sam from inside the tornado. Without thinking, Max ran through the tornado. It lifted him up and started whipping him around. He could still hear screaming, although this time he wasn’t sure if it was Sam’s screams or his own.
Max grabbed onto the outside of his cape and stretched his arms out wide. Now he felt more in control. He was flying around and around. He tried leaning in and he flew right out of the wind into the centre of the tornado. He landed with a thump at Sam’s feet.
“The Wizard King was here,” gasped Sam, trying to catch his breath. “He tried to grab me and I started screaming. Then he covered my mouth with his hand and so I bit him as hard as I could. He let go and disappeared. He stole my backpack with my wizard book.”
“We have got to get out of here in case he comes back,” said Max. He tried the wind spell again but it still didn’t work.
Sam remembered the wind spell that he had thought would be too dangerous for Max. He said, “I do know of another spell you could try but it’s pretty dangerous.”
“I don’t know what other choice we have,” said Max. “Tell me the spell.”
“Faster than a tornado blows,
Up and through anything goes.”
“What happens if I get it wrong?” asked Max.
“We’ll spin so fast we could heat up too much and explode.”
“Oh, is that all?” said Max nervously.
“You have to make sure you spin us the opposite direction of the tornado. Then we should be able to go straight through.” Sam paused. “I know you can do it.”
Max took a deep breath. He remembered his shot on net and how he blew it. No, he couldn’t think like that. He had to believe in himself. He had to stay focused. He thought of the laser battle in the fire tunnel and how strong and quick he had felt. He took another deep breath and reached out to hold onto Sam. He needed to take Sam with him this time. He said the spell,
“Faster than a tornado blows,
Up and through anything goes.”
He felt a bit dizzy and lightheaded. Sam was holding his arm and leading the way. They were walking right through the tornado. It felt like they were in slow motion. Max realized that he couldn’t feel the ground beneath his feet. That’s because they were walking on air!  They came out the other side and dropped to the ground. Max was shaking with exhaustion.
“You did it!” said Sam.
“We did it!” said Max. 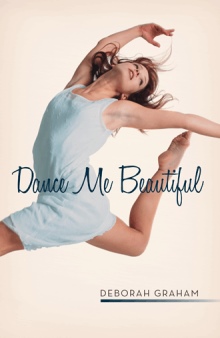 Two cousins develop an unlikely friendship as they are transported into a magical wizard world, where they must plot against the king in order to solve an old family mystery.

It’s bad enough that Max, who is in fourth grade, has a weird cousin who thinks he is a wizard; when his cousin, Sam, transfers to his school, things seem to have gone from bad to worse. But then Sam shows Max a magic wand and lets him try it—and it works! Max might just be a wizard himself.

After the boys visit their greatgrandmother and find out the true story behind their family’s gift for magic, they receive a key which opens an old box they find in her attic. As soon as Max turns the key, the boys are transported to Wizard World, where they must take a series of tests to be accepted into the Wizard Academy. What could possibly go wrong? Max and Sam are about to find out.

In this action-packed tale of magic and friendship, two cousins embark on an unforgettable adventure in a magical world where they discover their talents and a surprising friendship as they plot against the Wizard King in order to solve a family mystery.

DEBORAH GRAHAM is a collaborative lawyer, mediator, and part-time professor. She lives in Toronto with her son, Christopher, and their cat, Butterscotch.