My Grandmother’s Love, Life, and Legacy: The Memoir of Ellen Cordelia Saunders 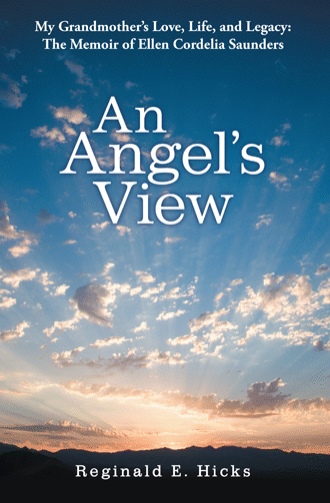 3 My Married Life While quitting school closed one door in my life, I was determined to open another. In my mind, living at home indefinitely was not an option. Although I felt a sense of freedom when I left George W. Watkins School, somehow I knew that it would be a shallow and short-lived freedom as long as I was bound to the farm and dependent on my parents. No one loved and appreciated their home and family more than I did. But my greatest love had also become my greatest source of frustration. On my fifteenth birthday, there were only five of us children left at home. And as the oldest daughter and second oldest child of the five, I carried the heaviest burden. I was saddled with exhausting fieldwork, rigorous housework, and the overwhelming responsibility of looking after my three younger siblings. I also had no social life pursuant to Papa’s heavy-handedness and strict, traditional attitude about his daughters. For my own sanity, I had no choice but to try to find my own way. Of course, in a real sense, my older sister, Ethel, had already paved a way for me. Ethel had left home some years before, and was working as a live-in housekeeper in Philadelphia, Pennsylvania at the time I quit school. I began writing to Ethel in February of 1938 with the intention of eventually persuading her to allow me to move to Philadelphia when I was old enough to work in the city. After two years of discussing the pros and cons with my big sister, I finally convinced her to solicit our parents and make the argument for my coming to the urban center. Unaware that I was the impetus behind Ethel’s request, Mama and Papa ultimately agreed to permit me to leave the farm, but only after I reached the age of majority. Lo and behold, before the end of 1941, at eighteen years of age, I was in Philadelphia, Pennsylvania, living with my sister in her new apartment, working as a live-in housekeeper, and dating a young man who would soon become my first husband: Elijah Exum. A Marriage of Turmoil I met Elijah just a few weeks after I arrived in Philadelphia. He was the seventeen-year-old friend and coworker of my sister’s boyfriend, Leroy. We were introduced to each other with the assumption that we would make a good couple because of our commonalities. Both Elijah and I were relatively new to the city. We were both from the rural South and members of large, closely knit families. We both had impatient, stubborn personalities. And we were almost the same age. The truth is, Elijah was a very likeable guy at that time, but, for me, there was no immediate, overwhelming attraction. There was no “love at first sight.” In fact, our first few dates were more about me exercising my newly found independence than about Elijah himself. In other words, Elijah was more a symbol of my own self-discovery and emotional growth than a prospective future husband. Nevertheless, he certainly had no lack of positive attributes. 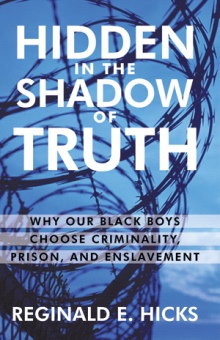 Hidden in the Shadow of Truth
REGINALD E. HICKS
$17.95

Throughout the ages and stages of American history, grandmothers have been the guardians of the generations, the dispensers of wisdom, the instillers of pride and dignity, the conveyors of important religious values, the financial and emotional supporters of the family during times of need, and the promoters of cultural standards and traditions. From Maya Angelou to Martin Luther King Jr. to Oprah Winfrey, the success of many African Americans can be traced back to the love and support of a grandmother. Author Reginald E. Hicks is no exception.

For Hicks, An Angel’s View began as a labor of love to chronicle the life of his own beloved grandmother, from her birth on the family farm in rural New Kent County, Virginia in 1923; through her personal, social, and political trials and tribulations; to her quickly approaching eighty-ninth birthday. However, his humble commemoration eventually blossomed into an emotional story of love, betrayal, triumph, and tragedy embedded in a riveting and dynamic Southern history. Through this exceptional work, Hicks makes a unique and valuable contribution to his family and to the world of black literature.

Reginald E. Hicks, the author of Hidden in the Shadow of Truth, has earned master’s degrees in theology, African American studies, and secondary education. He has taught high school sociology and world geography for eighteen years and has previously worked in treatment centers and group homes for children and adolescents with emotional and behavioral problems. He currently resides in Hampton, Virginia.