What Would Our Founding Fathers Say?

How Today’s Leaders Have Lost Their Way 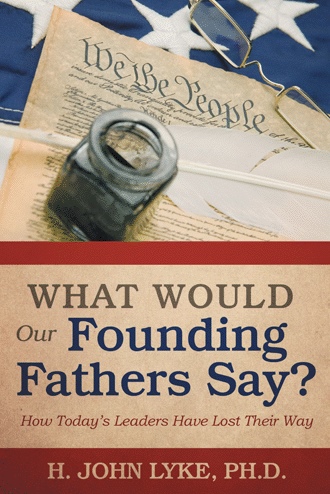 The question that needs to be answered in my treatise is, “ At the end of this century, will the United States still be a world leader or will we continue to be an inferior caricature of what we once were or, even worse, will we have become another fallen empire? ” Put another way, will the dreams and promises of Americans for their country continue to become unattainable?

I wrote this book with the belief that I could indeed provide the political formula necessary to answer that question in the affirmative, which I unquestionably believe I’ve done, and in so doing, assured that my children and grandchildren, as well as all the people who live in this country today, will be able to live their lives with dignity and respect - in a way not possible in the world of politics today.

I served in Korea during peace time as a detachment commander in the US Army Medical Service Corps. Overseas service helped magnify my pride as an American and taught me to appreciate the uniqueness of the United States as a land of personal liberty based on laws written by and for its people.

Since my service in Korea, over time, I have observed a decay of our country and citizen’s moral fiber, and their tendency to become more insular in their thinking and less willing to fight for causes greater than themselves if their personal life or treasure is in jeopardy. I’ve also become acutely aware that millions of other Americans, although they remain silent and feel impotent and ill-equipped to initiate change of any sort, fervently believe as I do, that, over the years, our country’s integrity and moral values have declined precipitously. As do I, they also believe that if meaningful change isn’t done with alacrity, our government as we know it will change dramatically. And that transformation will be anything but what we as citizens of this country want and desire. For if a sense of fairness, social and economic justice between and among social classes and ethnic groups isn’t accomplished, where such achievement is much more in keeping with what our Founding Fathers had envisioned, as reflected in the Declaration of Independence, Constitution and Bill of Rights, our government as we know it today will become extinct. The governing body that will take its place will clearly not be to any law abiding American’s or Founding Father’s liking.

If you want to know what the 99 per centers were demonstrating about, this book is for you!

Using psychological principles, in a nonpartisan way, I explain, why, today, our nation is so divided between party lines. I make specific suggestions what needs to be done to regain our moral and political leadership as a nation so that we can each once again say, I’m proud to be an American.

The main reason I wrote this treatise is to prevent the absolute destruction of what our Founding Fathers and fellow colonists were willing to die for to protect –which were the principles and ideals as stipulated in the Declaration of Independence, Constitution and the Bill of Rights.

My most recent book What Would Our Founding Fathers Say?, is not filled with political jargon, devoid of substance, but rather, a formula for fixing our political system of government. I do that by examining the events leading up to the Revolutionary War and, in so doing, help the reader understand why the Declaration of Independence, Constitution, and Bill of Rights were written, and why those superb documents continue to stand the test of time. If we don’t fix our system of government to more accurately reflect the views of all Americans, our republic as we know it today will be but a distant dream. Our democratic way of life will disappear because we failed to make the necessary changes to our Constitution to more accurately mirror our great Nation’s political climate, here, in the 21st century.

For a true democracy to operate optimally, the politicians who represent the people must consider the views of ALL Americans, not just those that their political base embraces. And that’s what this latest book is about ––how to make our republic more representative , where the classes and ethnic groups that comprise America, our country’s citizens, have the potential to make each of their dreams become a reality, where we once again can say, “I am proud to be an American.”

Psychologist, H. John Lyke, and author of What Would Our Founding Fathers Say?, asks the question:

“At the end of this century, will the United States still be a world leader or will we continue to be an inferior caricature of what we once were or, even worse, will we have become another fallen empire? Put another way, will the dreams and promises of Americans for their country continue to become unattainable?"

This book offers political straight talk about today’s issues between the right and the left by looking through the eyes of the patriots who wrote the plans for our fledging nation. Are we following that plan? What was between the lines that our representatives seem to have forgotten? What was expected of the citizenry that the rest of us are neglecting to do? Lyke provides a clear and impassioned plea to get back to basics. And he shows us, in this treatise of some substance, why the Declaration of Independence, Constitution, and Bill of Rights were written, and why those superb documents continue to stand the test of time.

Lyke believes he has provided the bipartisan political formula necessary for his children and grandchildren, as well as his fellow Americans living in this country, to be able to live their lives with dignity, respect and a sense of purpose and pride of accomplishment - in a way not possible in the world of politics today.

H. John Lyke earned his doctorate at Michigan State University. He is a board-certified psychologist and a professor emeritus at Metropolitan State College of Denver. He wrote The Impotent Giant and coauthored Walking on Air without Stumbling.