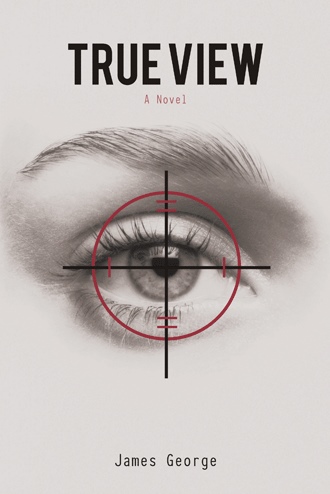 After an elite remote viewer is assigned to a clandestine government investigation pursuing a terrorist in the Southwest, she soon discovers that she is the one being hunted.

Ashlee is a remote viewer—someone who uses the mind to seek impressions of distant targets both known and unknown—who is traveling to Reese Air Force Base, where a pickup with an RV attached is waiting to take her away from everything she has ever known. The leaders of a clandestine government investigation have just assigned Ashlee to help pursue a suspected terrorist who is on the run toward Mexico. As she heads for an RV park in Post, Texas, to await further instructions, Ashlee is scared and left wondering what will happen next.

With nothing more to guide her than a training manual and United States security agents who watch her every move, Ashlee feels like a fish out of water. The suspect has an uncanny ability to disappear every time anyone gets close enough to capture him, and Ashlee knows she will need more than a pencil, paper, and laptop to track him down. Soon, however, she discovers her computer has been bugged, an onboard camera has been hacked, and a suspicious object has been placed under her desk—leading Ashlee to the conclusion that the operation is much more dangerous than she ever realized.

In this gripping thriller, Ashlee must attempt to pinpoint whom exactly she can trust before it is too late, for she is about to discover that she is not only the hunter but also the hunted.

James George lives in Central Texas. Since retiring he has pursued a wide variety of interests ranging from sailing the Gulf of Mexico to training as a Remote Viewer. He still practices Remote Viewing and is excited to be able to share his knowledge with readers. When he is not researching future projects he is riding his motorcycle through the Hill Country.