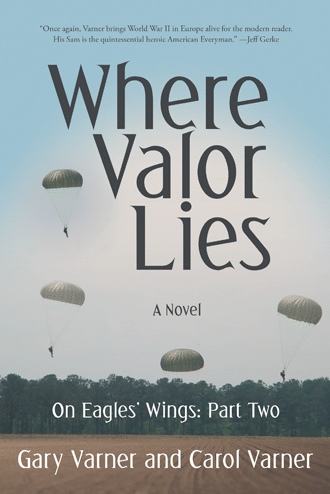 Chapter 1: The Dance Newbury, England August 1944 The 501st Parachute Infantry regimental band launched into a decent rendition of Glenn Miller’s “American Patrol.” Paratroopers and English girls surged onto the dance floor. A homely English lass afflicted with buckteeth and a bad complexion had two paratroopers rush to her and simultaneously ask for a dance. Taking it all in, Second Lieutenant Samuel Henry smiled as he watched the men of the 501st Parachute Infantry Regiment enjoy the night. They were taking full advantage of the fact that most of the other troops—all the infantry and armored divisions involved in D-Day—had received a one-way ticket back to Normandy. That meant that the 101st and 82nd Airborne Divisions, now back on British turf, had no competition. Whoever had arranged the dance deserved a medal for boosting morale with the ultimate morale booster: young, available females. For the moment, these GIs, recently returned from Normandy, ceased complaining about England’s confusing money, dank weather, or warm beer. Indeed, the combat jump veterans possessed a particular appreciation entirely foreign to any Stateside dancehall packed with young men—be it a high school prom or a Greek fraternity shindig. Those sporting the Combat Infantryman’s Badge appreciated life. Mere life. A beating heart. Intact limbs. Undisrupted organs. Another breath. The dancers moved under billowing canopies of white silk parachutes suspended from the ceiling and backlit with hanging lamps. On the wall behind the band hung an eight-foot emblem of the 501st Parachute Infantry Regiment—an Indian head in full war bonnet under a parachute canopy. The Indian brandished a lightning bolt like a spear over the regimental battle cry: “Geronimo.” A butcher-paper banner declared, “Congratulations on Your Distinguished Unit Citation.” Each band member performed from behind a plywood cutout of the 101st’s Screaming Eagle patch. A curly-topped Italian-featured private brushed past Sam. Sam’s smile vanished. He took a deep breath and exhaled hard, glad he’d caught himself as his lips had formed the words from his brain. Hey, Pinball, good to see you! He closed his eyes, only to see Private Vincenzo “Pinball” Vigiano, buried beneath Norman soil. A stitching of bullet holes across his broad chest. Forever nineteen. Sam opened his eyes and bit the inside of his cheek, letting the pain prevent further horrendous flashbacks of the Boscage country surrounding Carentan. A giggling English girl—appearing closer to fifteen than twenty years old—traced her finger around the Screaming Eagle shoulder patch on a teenaged sergeant with his arms latched to her waist. “Got an extra patch I’ll give you for your kid brother, lil’ darlin’,” the sergeant said. Returning to the moment, Sam grinned. He could hardly fault a trooper for taking advantage of the good press the British papers had heaped on the 101st’s Normandy exploits. Since arriving back in England, he’d even witnessed English girls ditch 8th Air Force pilots to hang on the arms of enlisted men—if those arms bore that Screaming Eagle patch. Yet the knot remained in Sam’s stomach. He glanced again toward the entrance. Still no sign of the one English girl Sam cared about. Maybe it’s for the best. He rotated his left shoulder. Dancing might just aggravate my wounds. Nevertheless, Sam kept a lookout on the elevated hall entrance as he worked his way around the writhing mass on the dance floor and grabbed another donut from a Red Cross doughnut dolly. A corporal all but shouted to the nearest doughnut dolly, “Well, I declare, but if you ain’t the most beautiful girl in the room. You must be from Georgia.” It was the fifth time Sam had heard a variation of the line in the past fifteen minutes. Sam took a bite of his sugar doughnut and struggled against the shifting tide of Class-A dark olive-drab uniforms. He needed to establish a better OP on the hall entrance. Passing the punchbowl, he noted a vigilant MP detachment guarding the pineapple punch from spiking. “American Patrol” played on. The upbeat tempo reminded him of Maggie’s temperament. Maybe her headmaster had gone back on his word. That pig-eyed jerk’s still making Maggie suffer for going AWOL to visit me in the hospital. He spotted Private Joseph Silva with a new dance partner—this one a redhead. He was holding her much closer than the music called for. Sam grinned. Silva seemed to be the only GI in the room not sitting out any dances. The song ended and a new one began. Despite a botched piano opening, Sam recognized “My Guy’s Come Back,” a new hit by Joe Loss. Fifteen minutes earlier the band had covered Artie Shaw’s “It Had to Be You.” These particular songs redoubled his vigil on the entrance. He longed to move with Maggie across the dance floor and softly whisper the lyrics into her ear. An English girl stepped onto the bandstand and sang “When the Lights Go On Again All Over the World.” Her soprano voice hit the chorus, and the knot in Sa 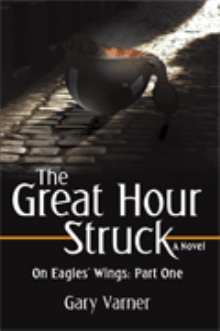 “Where Valor Lies is the type of book that gets under your skin. Taking the story that her husband, Gary, began, Carol Varner has woven history into the fabric of each page, bringing us a compelling tale of faith, war, love and redemption. You won’t want to put it down.” —Kelli Stuart, novelist and author of Like a River From Its Course

It is August 1944 and World War II is far from over. As battles, blood, and death continue to engulf 101st Airborne Division paratrooper Lieutenant Samuel Henry, he knows there is only one person capable of taking his mind off his troubles: the beautiful English schoolteacher, Maggie Elliott. But as they fall quickly in love, Maggie and Sam have no idea an unexpected horror awaits.

In the midst of an overly ambitious military debacle, tragedy puts Sam and Maggie’s young love to the ultimate test. Meanwhile within the Reich’s borders, German soldier Helmut Behr has just been released from the hospital. But as he embraces a self-imposed penance for his failure in Normandy, he discovers unprecedented horrors of both Allied and Nazi origin.

Whether seeking shelter in a hastily dug foxhole in the Ardennes Forest or London’s Underground, survival of war’s maelstrom becomes more than physical. As Sam, Maggie, and Helmut face shocking events that test sanity and define valor, now only time will tell if the brutalities of war will change their fates forever.

Where Valor Lies continues the historical saga of an American paratrooper, his young his British sweetheart, and a German soldier as love, courage, and inner-strength are put to the test during the chaos of World War II.

Gary Varner was an acclaimed international speaker and the award-winning author of The Great Hour Struck (On Eagles’ Wings: Part One).While cancer may have claimed his life at age fifty-two, Gary was a fighter to the end. He was a man of incredible integrity, character, and faith whose legacy continues today. Carol Varner never considered herself a fiction writer, but after her husband’s death, she finished his concluding novel in loving tribute to him. The Varners have two grown children, Clayton and Jessica. Carol lives in St. Louis, Missouri, where she continues to direct the couple’s international non-profit organization.