Through the Eyes of a Lawman

The Cultural Tales of a Cop, Lawyer, and Intelligence Analyst 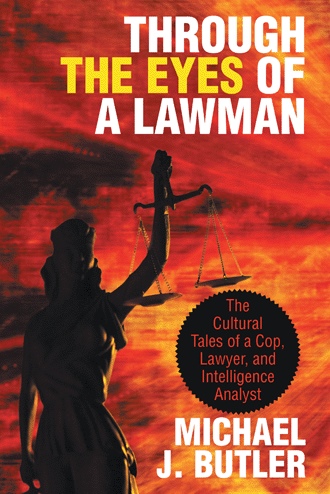 Sociologists and historians can examine and dissect our culture, but only a true eyewitness can offer the details on the ground. In Through the Eyes of a Lawman, author Michael J. Butler presents an insider’s look at the people and organizations that have affected the US intelligence services; the modern way law and law enforcement operates and has evolved; the educational deficiencies of the system; and our collective loss of abstract and critical thinking. Through humorous and sober anecdotes, Through the Eyes of a Lawman addresses the issue of whether we have become a make-it-up-as-we-go-along society.

Butler’s story begins in the 1950s in Brooklyn, New York, and is told through his perspective as a retired cop, lawyer, former US intelligence analyst, and college instructor. Against the backdrop of his extensive law enforcement experience, Butler paints a portrait of today’s society and culture, examines how it has been evolving, and explores what it means for the country’s future.

Through the Eyes of a Lawman goes behind the curtain that separates the people from the law, police, the courts, the intelligence services, and the government to analyze the ideas of heroes, villains, cops, terrorism, trials, classrooms, judges, soldiers, Vietnam, and politics.

Michael J. Butler is an attorney and retired police captain. He served in the US Army and has been an intelligence analyst, an adjunct professor, and a New York City transit administrative law hearing officer. Butler and his wife, Betty, live in Greenport, New York. They have three adult children.