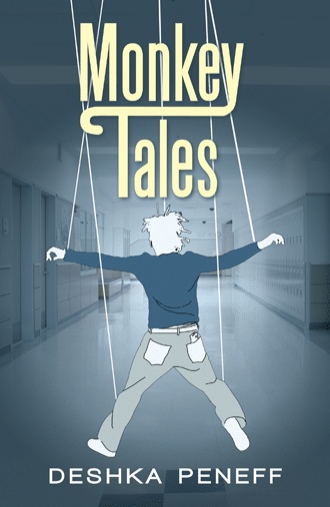 Thirteen-year-old Eric Larson is a brainiac willing to do anything to become popular, even telling a lie the size of an elephant—or in his case, a monkey. Determined to reinvent himself and not live in the shadow of his brother, Eric returns to high school after summer vacation tanned, muscular, and confident. But when he spontaneously brags to his classmates that he has a pet monkey, everything changes.

Just as Eric’s geek-o-metre levels start to decrease and the supper-hot Stacie Hansen begins to notice him, his science teacher volunteers Eric’s fictitious pet primate as the latest class project. With the help of a zoo webcam, Eric frantically begins researching what monkeys eat, how they sleep, and their natural habitats. Forced to relay his findings to his science class, Eric unintentionally discovers the dangers that jeopardize not only his fabricated monkey, Blue, but also the rain forest as a whole.

Suddenly, his mission to achieve social success is replaced by his zeal to teach others about the critical depletion of this important and fragile ecosystem.

Now, a teenager unwittingly caught between a lie and his conscience must decide whether he’s willing to sacrifice his new social success and relationship with Stacie in order to do what’s right.

Deshka Peneff is a Port Coquitlam resident who in the process of graduating from Vancouver’s Studio 58 Theatre Arts Program, studied literature and art history abroad. She is an impassioned mother of two and committed conservationist. Monkey Tales is her first published novel.