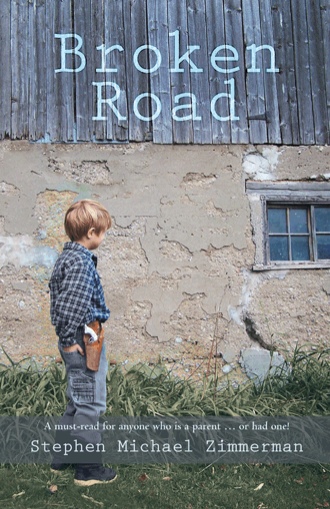 “A finely crafted novel, displaying skilful use of imagination, humour, suspense and irony. Steve Zimmerman is a gifted storyteller with deep insight into the way human beings think and act.” —James R. Coggins, author of Who’s Grace, Wonders of the Word, and Desolation Highway The Manager, although well-heated, had coldness about him; whenever he walked into the room, the hurler could feel the temperature drop. … As the boy got up from the bed, he instinctively moved just out of the reach of the Manager, but the tactic was futile. A hand came from nowhere and struck him flat on the side of his head. His feet left the ground, and the wall came like a second assailant to meet the top of his shoulder. The boy felt a sharp pain deep in his arm and side as he felt the full impact of the wall. He fell to the floor in a heap. The Manager hollered, “Get up!” The boy stood up, his hand on one ear. The Manager said, “Put both hands on that dresser.” This was a set play that had been used many times before. The rules were simple: Do not remove your hands from the dresser. Cry if you wish. Be a man. The Manager’s thick black belt cut through the air repeatedly, a whirring sound proclaiming each imminent arrival on the target … “Now stay here till morning.” The young boy steadfastly maintained his position in front of the dresser—at least until the Manager had closed the door.

It is 1953 in rural Ontario, and a 5-year-old boy’s cheeks are wet with drool. His eyes are focused on his red-faced father. Soon, his father’s words are not relevant, for the young man has already received the only message that matters: this day will not be scored as a no-hitter.

The boy, who thinks of himself as Ranger, wants to grow up and be just like the Lone Ranger. But his harsh and unavailable father seems determined to make his coming-of-age journey tumultuous, challenging and isolated. With a mother who could do little to balance the turmoil, he must rely on his imagination to transport him away from the strife and tension that hangs over his home like a dark cloud. As he rides his make-believe horse, Silver, down Main Street with his six-shooters strapped to his waist, he momentarily forgets the angry father who often stands over him with a belt and threatens to rob him of his spirit.

In this moving tale, a young boy engaged in a quiet war of wills with his father must learn how to survive and thrive as he grows into a man and realizes the true meaning of forgiveness.

Stephen Zimmerman was an entrepreneur for thirty years before he and his wife left for Uruguay, South America, to work as missionaries for fi ve years. Upon their return to Canada, Stephen became the founding pastor of New Life Community Christian Church in Thornton, Ontario. He now lives in Midland, Ontario, where he is currently working on his second novel.