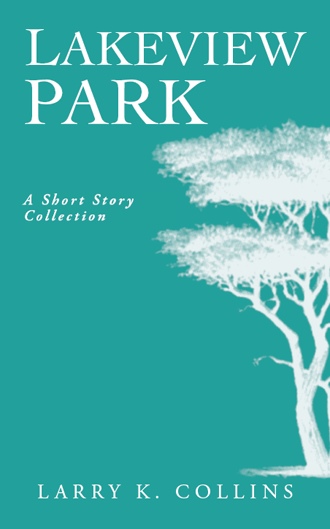 Clarence pulled his grimy blue sweatshirt closer about him, hoisted the black plastic bag to his shoulder and started across the grass toward the next trashcan, following the walking path along the lakefront. His mood matched the day, gray and overcast. A cold February wind ruffled the waters. Even the ducks were huddled in the protection of the trees far from the water. Only a lone egret waded at the south end, scanning the shallows for fish.

“Just you and me, Tall Skinny Kid,” Clarence mused, for that’s what he’d come to call the white bird with the long neck. You and me going about our noontime rituals: you walking the shallows with your tail dragging in the pond; me collecting cans and bottles to turn-in for food money. How long has it been? Seems like an eternity.

Clarence paused, set the bag down and watched the lone unmoving figure stare into the wind-rippled water. Has it really been that long? He thought back, trying to focus. I got canned last May and now it’s almost March; that’s ten months. He shook his head. Hardly seems possible.

“Doesn’t look like a good day for either of us, Skinny Kid. Too much wind for you to spy dinner and too cold for most regular folks to be here.”

He again hoisted the half-empty sack and trudged toward the next container. Reached in to retrieve two Diet Pepsi cans.

“Slim pickins,” he said to no one, since no one was around. Clarence had developed this habit of talking to himself. Better than the constant silence.

“Can’t hardly wait for spring. Warm weather and people picnicking. Ah… and those company parties around the fire pits. Them folks always provide. Sometimes they even leave leftover hot dogs and potato salad. Then I can use my recycle money for gas for Big White Truck. Yeah, can’t hardly wait.”

Clarence’s monologue was interrupted by a commotion from the far side of the upper lake. The geese were making a racket.

Jorge Garcia came around noon every day. Rain, cold, heat, didn’t matter. He always wore short pants, a dirty red sweatshirt and carried three shopping bags: one filled with heads of lettuce, one with day-old bread, and the third with birdseed.

You’d have thought the Pied Piper of Hamlin had arrived the way the entire flock would surround him, hundreds of ducks, geese, some visiting mallards, and a multitude of black-feathered, white-beaked mud hens. Through this fowl mass, the ‘feathered mafia’ would stroll unchallenged to be first served. The rest would then fight over the remainder. Seagulls circled above. They didn’t seem to be hungry, but let a mud hen try to escape with a large piece of bread and they would descend to separate the poor bird from his dinner. Successful, they often tossed the stolen morsel away. The chase being better than the prize.

By the time Clarence reached the upper lake, the show was about over. Jorge had cast the last of the seed into the air and was headed back to the parking lot. The flock dispersed in all directions.

Crossing the bridge, Clarence encountered several power walkers doing laps on the one-kilometer-long asphalt path that circled the lake. They paid no attention to him, and he didn’t make eye contact. A girl, she looked about high school age, jogged by in a gray-hooded tee, matching tights, and short, white skirt. White ear buds connected to the iPod at her waist. Clarence’s eyes followed her up the path for a short distance, and then he turned slowly back to the task at hand.

How long had it been? The divorce was five years ago. Before that he had been happily married, well more like comfortably married, with a reasonably steady job and a future. The drink had messed that up. First Margaret, then finally the job disappeared. Now he lived in his truck and collected recycle for the deposit money. But he was sober, hadn’t had a drink in six months.

“Hey, Yosemite Sam, what you doing?”

Clarence looked up from the waste receptacle to see four kids from the local mid-high school.

“Punks.” He whispered to himself. This group often harassed him. Last fall the local youth gang had nicknamed him ‘Yosemite Sam,’ probably because of the matted shoulder-length hair and gray beard reaching to his chest.

“Why ain’t you in school?” he called back.

“Don’t you know, old man, it’s Presidents’ Day. No school,” said the ringleader, a heavyset kid with baggy pants hung so low that the elastic band of his shorts was perpetually exposed above his belt.

Fortunately there’s only four of them today. Not enough to harass me, Clarence thought. It took ten punks last summer. The group had surrounded him, grabbed his recycle bag and after tiring of ‘keep away,’ tossed it into the lake. Wouldn’t happen today, though; these kids were only brave in larger numbers.

“Was a time when I could have taken all you punks,” he murmured to himself. In high school he’d been on the football team, his five-foot ten-inch frame all buff and muscular. But life on the street had taken its toll on him. Now thinner, he’d had to punch three more holes in his belt over this past year.

Clarence ignored the catcalls and insults and continued his rounds. As he reached the south end, he again encountered the egret. It hadn’t moved.

“Have patience, dear friend,” he whispered toward the still bird. “It’s getting close to month end. The Fish and Game people should do their monthly restocking any day now.”

It was always lively for several days following a restocking. Fishermen would line the banks. Still, there’d be plenty of fish for the egret and plenty of recycle from the fishermen. Then, somehow word would get to the cormorants, who would magically appear in groups of fifty or more. They would sweep the lake in military precision, heads popping up to look skyward then disappearing beneath the surface again. Within several days of their appearance, the fish, fishermen, and cormorants would all be gone, leaving the lonely shore to Tall Skinny Kid, and himself.

As Clarence watched, the egret’s head slowly moved back, coiling the long neck. Then, STRIKE. With blurring speed the head descended and up came the beak, holding a small fish. A quick toss and the morsel disappeared into the mouth and down the throat.

“Good work, Tall Skinny Kid,” Clarence called. The egret seemed to take a small bow before resuming his frozen posture above the shallow water. “Your luck’s changing; maybe mine will, too.” 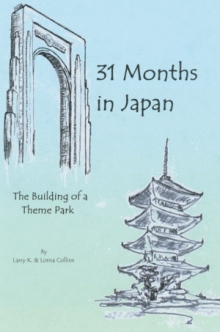 "Many people enjoy Lakeview Park, and each one has a unique story. Between the pages, you’ll meet:

Lakeview Park is a collection of O. Henry-like slice-of-life stories about the people who frequent a fictitious park. These tales reveal folks of all ages, from a small child to the elderly."

Larry K. Collins won his first literary awards as a student at Alhambra High School in Alhambra, California, when two of his short stories were published in the school’s literary magazine, The Silver Pen. For the most part, his creative writing was put on hold during his career as an engineer. However, he wrote many proposals and the training manual for petrochemical engineering for his company.

Between 1997 and 2001, Larry and his wife, Lorna, worked on the Universal Studios theme park in Osaka, Japan. When they returned, they wrote their memoir of that experience, 31 Months in Japan: The Building of a Theme Park, published in 2005. This book was a finalist for the 2006 EPPIE Award for nonfiction ebook of the year, and was also chosen as one of Rebeccas Reads best nonfiction books of 2005.

Larry and Lorna collaborated again on two mysteries: Murder… They Wrote, published in 2009, and Murder in Paradise, published in 2011. The latter is a finalist for the 2012 EPIC eBook of the year for mystery. These books are set in Hawaii, requiring frequent trips for research.

After a successful engineering career, Larry is now retired and living in Dana Point, California, where he surfs nearly every day and writes often. He and Lorna are currently working on at least two more books in the mystery series.

With this collection, he has returned to his roots as a short story author.

In addition to their writing, Lorna and Larry are frequent conference speakers and are available to address book clubs and other groups. Contact them through their website: www.lornalarry.com.