A Puritan’s Tale of Passage 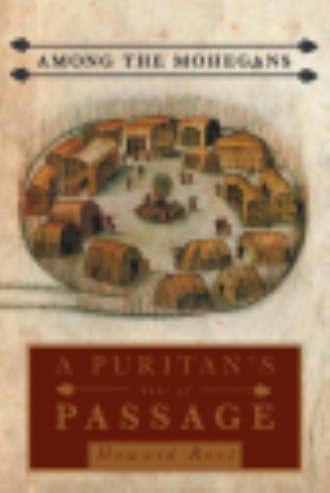 Nonotuck, Massachusetts Bay Colony-Autumn, 1660 My Father's face was deeply creased with time and weathered from the wilderness; his hair white, full and long, tied at the back of his neck with a thin length of rawhide in the manner of our Mohegans. His buckskin clothing smelled of sweat, gunpowder, and a slight tinge of aged brandy, but it was his hands and thick, calloused fingers I always remembered as they were my focus points when I was frequently squatted in front of him simply listening as he talked and remembered. My given name is Aaron. I can recall being squatted in front of him on the dirt floor of his tiny cabin in the wilderness land near the Connecticut River called Nonotuck. The old rickety stool on which he sat was positioned before a small crackling fire. Early Fall winds whipped around the outside of the cabin making the heat from the fire inside warm and welcome. It was good to have been reunited with him, my Father, in this vast wilderness. A young man at the time having survived fifteen winters, old enough to hunt by myself, yet not wishing to live on my own, I eagerly sought the passing of wisdom from my Father for the start of my journeys to come. A single tear slowly tumbled from the corner of his eye as he began to unfold his tale. "Aaron, this is not a tale that's easy telling. Something I've carried with me as a young man newly journeyed to this country. But, it's as true as I'm sitting here. A part of our family's history I'm telling so you'll know what I saw, what I did, and why I did it." I knew that Father had journeyed to the Bay Colony some twenty years ago in the year of Our Lord 1635, arriving in the summer of that year in order to get a good start before winter set in. I did not know the reason behind this crossing or how he made the decision to leave from his family and all that was familiar to him. I was to learn that and much more. "I was a young man in England in my early twenties and restless with my lot, with my future there, what my passage would entail." He paused, and his hand went to his neck, where it caressed a tiny glass bottle held there by a rawhide thong. "This is the reason for the start of my journey, the start of these passages, and the choice for your name." And so his telling began--a story of trial and strife, a journey for self and freedom, not always a happy journey, but a full passage in time that needed telling. I would listen well.

As the youngest son of a tenant farmer in England’s Puritan heartland, twenty-year-old Jonathan Smythe foresees himself trapped forever in a life of servitude to his older brother. Anxious to temporarily escape his worries, Jonathan heads on a secret poaching trip with a friend that quickly turns disastrous when the men are captured by Lord Kingley’s thugs. After his friend is mercilessly killed, Jonathan vows revenge and later bludgeons the thugs’ leader to death. With a murder decree hanging over his head, Jonathan has no choice but to flee England.

Following his father’s plan, Jonathan travels to Barbados and begins a life of indentured servitude on his uncle’s tobacco plantation. Jonathan arrives committed to five years of hard work that begins at sunrise and is motivated by the overseer’s whip. Driven by dreams of owning fertile land without slaves, Jonathan fulfills his duty and embarks on a dangerous journey to the English colonies. But little does he know that his pilgrimage to a new life will be more demanding than he ever imagined, involving desperate battles and massacres with Native Americans after he finally reaches the Bay Colony. When Jonathan befriends Running Wolf, a Mohegan ally, he may finally find passage to his true passions and self.

In this compelling tale, a young Puritan man must face raw challenges that test his faith and life in a new world as he searches for his destiny.

Howard Root spent his creative writing career as an advertising and marketing communication executive at Fortune 500 companies and for high technology clients. An avid reader of history and fiction, Howard lives in Rochester, New York, with his wife, Sheila Anne.