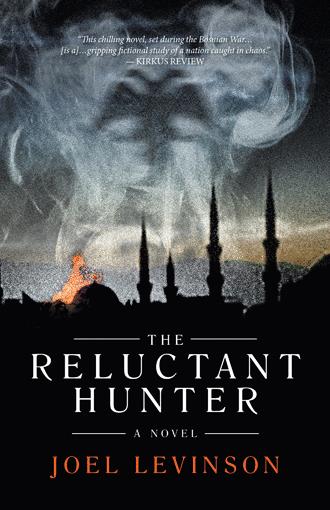 In the spring of 1992, as the formerly communist country of Yugoslavia begins to disintegrate into mayhem, Jusuf Pasalic, a college-age secular Muslim, is surprised by a thundering knock at his front door in the hamlet of Kljuc, Bosnia. Moments later, he is riding in a convoy of Serbian trucks transporting hundreds of Muslim men and boys to a concentration camp. After escaping, Jusuf is intent on returning home to save his mother, a devout Muslim, before she too is caught up in a region-wide campaign of ethnic cleansing.

Jusuf, like his deceased father, is a superb marksman, but unlike his father, he loathes hunting. He is now without a weapon when he needs one most. Forced to survive in harrowing circumstances, he struggles to understand why his Serbian friends are suddenly his enemies. After weeks on the run, Jusuf is emaciated, exhausted, and looking for refuge when a young woman and her father take him in to their home. But even as Jusuf continues to try to locate his mother, the young couple fall in love, further complicating his goal of returning home to carry his mother to safety. A lifelong friend of Jusuf’s, now fighting with the enemy, is intent on proving to Jusuf that his mother is still alive, but Serbian soldiers on the front lines have another idea about the fate of this innocent Muslim woman.

In this poignant historical tale, Jusuf is faced with an agonizing choice on how to protect his mother’s honor—a decision that will change his life forever.

The Reluctant Hunter is Joel Levinson’s first novel. It is based in part on brief accounts of the Bosnian War described by his “adopted” Bosnian daughter, Aida, and her secular Muslim refugee friends who came to the United States from their hometown of Bihac through the auspices of The Community of Bosnia. Levinson is an architect-turned-author. He has written articles about design and related issues throughout his career; his designs, produced over a forty-year career, are preserved by the Architectural Archives of the University of Pennsylvania.