A True Story of Slavery in Modern America 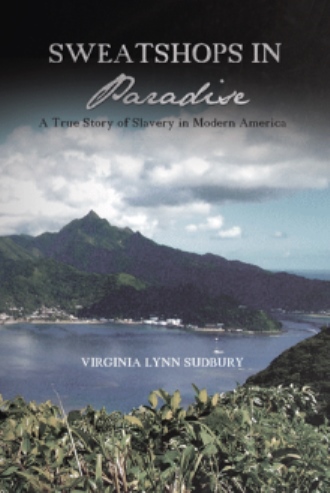 When nine Vietnamese women arrived at Virginia Lynn Sudbury’s small law office in Pago Pago, on the island of Tutuila in the territory of American Samoa, she wasn’t certain she would take the case. The women, workers at the Daewoosa garment factory, were trying to get the company to pay them their promised wages. She decided to take the case, however—not knowing that it would take years to resolve.

Sweatshops in Paradise tells the first-person account of the notorious garment factory/sweatshop class-action lawsuit Nga v. Daewoosa, which took place in the territory of American Samoa from 1999 until 2001. This precedent-setting case drew international attention to the issues surrounding involuntary servitude and trafficking in human beings in far-flung US territories.

Written by Sudbury, who acted as the lead plaintiff attorney, Sweatshops in Paradise narrates the story of some three hundred Vietnamese and Chinese workers who were brought to American Samoa to work in the Daewoosa garment factory. There, they encountered civil injustices, rampant abuse, and imprisonment at the hands of the Korean factory owner and the local government.

Chronicled in a frank, disarming, and at times humorous manner, Sweatshops in Paradise draws upon hearing transcripts, newspaper articles, and narratives from the largest lawsuit of American Samoa’s history. It provides a poignant accounting of the fears of the workers and the abuses they endured, the impunity of the factory owner, and the incomprehensible neglect of the evolving and tragic situation by the American Samoa government.

Virginia Lynn Sudbury is a graduate of Illinois State University and DePaul University College of Law. She and her husband, Robert, sailed across the Pacific to American Samoa via Mexico. They started U’una’i Legal Services, the territory’s first legal services organization. Sudbury now practices law in Salt Lake City, Utah.