A Novel of Sri Lanka 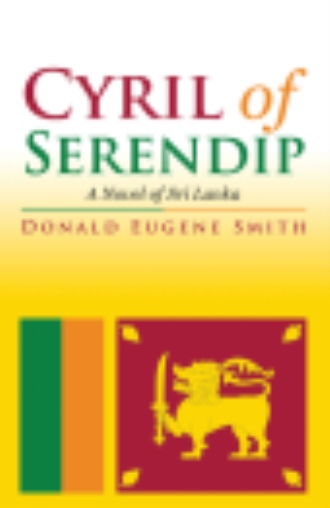 “Vicky, I know what I’m doing, and I’m not going to run any risks. I won’t be near the trouble spots. Willoughby Lane is a very safe area, it’s a Sinhalese neighborhood. It’s my duty as VK’s partner to give them whatever moral support I can. We have to stand with them in this crisis.” . . . Cyril sat behind the wheel of his car. He paused a moment, sighed and turned on the ignition. After driving for ten minutes he felt more relaxed. He drove slowly, there were no pedestrians and few vehicles on the road. He passed burned-out buildings but nothing like the scenes of the previous day. It was as though the man-made catastrophe had played itself out, as though some natural limit to savagery and suffering had been reached. To his surprise, his facile assurances to Vicky were warranted. On Havelock Road a bloodied sarong-clad man staggered from a house, his left hand clutching a towel to his shoulder. He raised his right hand in an appeal for help as Cyril’s car approached. Cyril stopped, stepped out of the car and cautiously eyed the scene. The gray-haired man was alone, exhausted, and on the verge of collapse. “Mahathmaya,” he gasped. “Please help me get to hospital. It’s a mile away, no rickshaw to take me.” “Of course.” Cyril opened the car door, wishing that he had a blanket to spread on the seat but prepared for some blood stains, and with his help the man painfully got in. “Mahathmaya, I thank you a thousand times.” Cyril drove slowly. The Sinhalese man was obviously a servant and gave his name as Mahinda. What had happened? Mahinda’s account came out in fragments. He was the head servant of Dr. J. Mathew, and caretaker of the Tamil physician’s house. The Mathew family was in London. The thugs broke into the house to loot it. They assumed he was Tamil and were about to kill him. He protested that he was Sinhalese Buddhist. To prove it they made him say something in Pali and he recited the flower-offering words. “Then they knocked me down and stabbed me, only in the shoulder, as punishment for working for a Tamil.”

Cyril Siresena is an Oxford-educated attorney who heads the leading law firm in Colombo. Though his background is Sinhalese Buddhist, Cyril is westernized and secular. He has never regretted recruiting a Tamil Hindu partner into the firm. VK Sivaratnam is a hard-working lawyer who shares a close friendship with Cyril.

As Cyril begins to rediscover his Sinhalese Buddhist roots and reject the identity of brown Englishman, he embarks on a quest for authenticity that is soon complicated when he falls in love with Sita, VK’s wife. Meanwhile, the climate around them is one of growing ethnic conflict as tension increases between the Tamil minority and the Sinhalese majority. But when Sinhalese extremists begin launching violent attacks on the Tamils, suddenly VK and Sita are in fear for their lives.

In the midst of the deadliest violence in Sri Lanka’s history, Cyril must do everything in his power to rescue his partner and the woman he adores from those intent on destroying their world forever.

Donald E. Smith’s Cyril of Serendip: A Novel of Sri Lanka is an enjoyable and perceptive work of fiction that captures extremely well the sociopolitical atmosphere of the early years of political independence. The novel is an authentic portrayal of struggles, both individual and societal, to forge identity based on conflicting visions of the Sri Lankan past. The story impinges on the contemporary in significant ways.

Donald Eugene Smith, a professor emeritus of political science at the University of Pennsylvania, has published six books on religion and politics in the third world. On numerous trips to India and Sri Lanka, he interviewed prime ministers, presidents, and others. He and his wife, Debby, live in Wayne, Pennsylvania.