A Defense Engineer’s Search for an Alternative to War 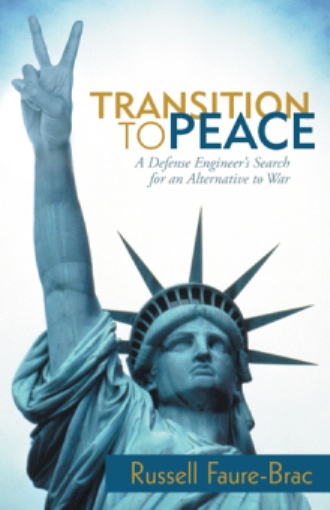 While the Vietnam War was raging, I was in my office fiddling with a slide rule, calculating the most cost-effective way to blow up the world. It was 1967, and I was part of the military-industrial-think tank complex, working for Stanford Research Institute (now SRI International) as a systems analyst. I didn’t think war made any sense, but as with most people, I believed we had to live with it as a necessary evil. Besides, I wasn’t carrying a rifle on the front lines—I was just doing technically interesting work behind the scenes with a defense deferment, compliments of the Selective Service System. One day, I found myself staring at a top-secret map of radar and missile installations in North Vietnam. My job was to analyze the use of electronic countermeasures (ECM) equipment by our naval strike aircraft to determine the best way to penetrate past North Vietnamese radar and missile sites. The data from this analysis would assist the Department of Defense (DOD) in making purchase decisions for ECM devices in the future. In doing the calculations, I remember using the term p(k), meaning the probability of kill, and placing a dollar value on the loss of an American soldier’s life (about $50,000 then). No accounting was made for the value of Vietnamese lives. That was when I went over the edge—my defining moment. I couldn’t believe it had to be this way; there had to be an alternative to the craziness of war. But I felt I couldn’t quit my job unless I believed there was a viable alternative to war. So I started taking classes at the Institute for the Study of Nonviolence and studied the principles and actions of Gandhi, Martin Luther King, and others. I participated in a role-playing exercise called Peace Games, exploring the concept of nonviolent civil resistance against an invading Russian army. I also attended the Tuesday luncheons of a support group for disillusioned people working in the defense industry. After a year of study, I concluded that war was not a necessary evil and that there was a more effective and sane way to defend ourselves. In an act of youthful defiance, I hung a poster in my office saying “War is not healthy for children and other living things.” Shortly thereafter, my supervisor tore it down, saying, “It would offend our clients.” I sought in vain for nondefense work in the company (90 percent of our contracts at the time came from the DOD), and then I decided to resign. Most of us have a major turning point in our lives, and that was mine. Determined to place an exclamation mark on my decision, I made a film called But What Do We Do? documenting my decision to leave the defense industry. I then began a career as an environmental planner, in which I mostly forgot about issues of war and peace. Thirty years later, after selling my business and retiring, I watched the World Trade Center towers collapse in the attacks of 9/11. It triggered memories of my earlier years grappling with the question of war. It was an opportunity to revisit my earlier beliefs and to delve into the issue more deeply. How, specifically, could our nation, so invested in war, find a path to peace? That was the genesis of this book.

World peace may seem like an impossible dream. Not only is it counter to human nature, but there are also many political, economic, and cultural obstacles to overcome. In Transition to Peace>/i>, author Russell Faure-Brac contends war is not a necessary evil; there are more effective and rational ways for the United States to defend itself.

In this analysis, Faure-Brac examines where world peace stands now and how it relates to the rapidly changing world. He combines the nonviolent power of Mahatma Gandhi and Martin Luther King; the concept of Peaceful Warriorship as found in the martial arts of Aikido and Ninjutsu; and the Permaculture ideas of Earth Care, People Care, and Faire Share to form the basis for peace programs and three peace principles that he proposes as a new national security policy. Faure-Brac then lays out a plan for making the changes.

Though world peace might be a challenging prospect, Transition to Peace shows that is possible to achieve it, and the United States can lead the rest of the world in the right direction.

Russell Faure-Brac earned a master’s degree in Engineering Economics from Stanford University. He previously worked at Stanford Research Institute where he conducted studies on aerospace and weapons systems. Now retired, he is active with both the peace and transition movements. Faure-Brac lives on a small ranch with his wife in northern California. Visit him online at www.transitiontopeace.com.