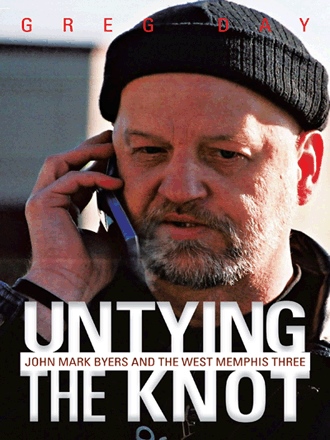 Introduction As the title of this book implies, this is the story about an extraordinary but often very troubled man, the horrifying crime that he lived through, and the resulting aftermath caused by too much pain, too much anger, too much guilt, and too much blame. It is the story of John Mark Byers, but it is much more. By necessity, it is also the story of the three teenagers who were convicted and imprisoned for the murder of Byers’s son, Christopher, and his two eight-year-old companions, Stevie Branch and Michael Moore. Damien Echols, Jason Baldwin, and Jessie Misskelley, Jr. are grown men now. After having spent over eighteen years in prison, the three were released as part of a plea agreement in which they pleaded guilty to a lesser crime and were sentenced to time served and ten years unsupervised parole. This story is told in a radically different manner than other accounts. For one, it is not advocatory in nature. There is no agenda being advanced, save for the telling of large portions of the story that have been left out of other accounts, particularly on the subject of John Mark Byers, but there are so many other characters which are explored, some in great detail. The task of balancing the account has been given the highest priority. It isn’t that the facts of the case and its aftermath are given short shrift; far from it. The brutal and senseless murders of three eight-year-old boys in a small town in Middle America were enough in and of themselves to stun the community as well as make national headlines. The three boys disappeared from their West Memphis, Arkansas homes on the evening of May 5, 1993, after being seen together headed for the woods where they often played; Robin Hood Hills, to the locals. After an all-night search, the children were found early the next afternoon in a shallow drainage ditch that fed into the main bayou. Each boy had been beaten, badly cut, stripped naked, and bound wrists-to-ankles with his own—or his friend’s (the police were never sure)—shoelaces. Their clothes were jammed down into the muddy creek bottom with sticks that stood like crude grave markers just under the water’s surface. The autopsies concluded that Stevie and Michael were alive when they were tossed into the creek. Christopher, who was emasculated during the attack, was most likely dead prior to being submerged. To the police officers and detectives of the West Memphis Police Department, it was a scene of incomprehensible horror The discovery of the bodies, however, was only the beginning of an eighteen year odyssey that has yet to end.

On May 5, 1993, second-graders Christopher Byers, Stevie Branch, and Michael Moore disappeared from their West Memphis, Arkansas, homes. The following afternoon, their nude, beaten, and bound bodies were discovered in a drainage ditch less than a mile away.

After a troublesome confession, three local teenagers, later dubbed the “West Memphis Three,” were arrested, tried, and convicted in early 1994. Jason Baldwin and Jessie Misskelley received life sentences, while ringleader Damien Echols went to death row. Three years later, the documentary film “Paradise Lost” premiered on HBO, and the effect on viewers was dramatic. Many became skeptical of the verdicts and also felt one of the fathers of the victims was a better suspect—John Mark Byers.

In Untying the Knot, author Greg Day tells the true story of John Mark Byers and the about-face he made to free the men convicted of the crime. Day exposes the propaganda campaign used to convince a gullible public that Byers was complicit in the deaths of his wife and son. Based on court transcripts and hours of personal interviews, Untying the Knot explores all the case evidence while interweaving dialogues and statements. It traces the life of Byers from his roots in rural Arkansas, to his son’s murder and the death of his wife, to his ultimate imprisonment in 1999. It reveals a man redeemed by prison and whose change of heart changed his life.

“Day has captured the essence of a towering personality engulfed by an impossible situation. John Mark Byers is an immensely complex character, and Untying the Knot pulls no punches in revealing the man in all his seeming contradictions.”

Greg Day has been studying the case of the West Memphis Three for the past twelve years. Since 2005, he has spent hundreds of hours interviewing John Mark Byers and researching his controversial life through the record and by interviewing those involved. Day lives in Northern Virginia with his wife.