Land of the Saints 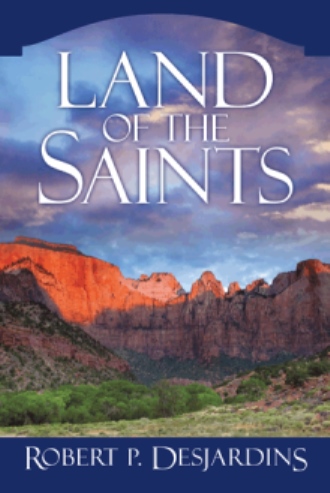 His voice was soft as Jim leaned ever closer and spoke, “Joshua Lee, the man who wrote the journal, was my grandfather’s grandfather. He was one of the first white men to settle in the Round Valley almost a hundred and fifty years ago. His life before and after those days is written in that journal. It’s a story that men have killed for before and will kill again to keep from ever seeing the light of day.

“He was with ‘The Prophet’ Joseph Smith from the very early days of the Mormon Church. Joshua Lee was with Smith when he committed the first of his murdering sins in 1826 and he was with him in Nauvoo, Illinois just before his death at the hands of a lynch mob.

“Joshua Lee was with Smith when he created the Anointed Quorum and later the Council of the Kingdom. You don’t hear much about those associations today because it’s not politically correct. They were the handpicked yes men that proclaimed Joseph Smith as ‘Prophet, Priest and King’, in addition to endorsing his practice and support of polygamy. Smith was the impetus that drove my great, great grandfather to lose his soul but not his conscience.”

Jeff made no effort to hide his astonishment. “Karen gave me a quick introduction to the Mormon religion, sort of American Theology 101 but nothing like this. Is this why you asked me to come? Is this some sort of religious retribution? You know that I have no interest in religion; never had and never will.”

“No, no, Little Jeff. I’m no zealot. I’m just a cowboy who’s trying to play the hand I was dealt. You may have already figured it out by now that my father is a polygamist and those six women you’ve seen at his ranch, well five of them, are his wives. He’s an old man and he too is just playing the hand that was dealt him. I wish him no harm, although I just never got into the plural marriage thing. His life and his way of life are a thing of the past; well, maybe not.

“His grandfather, my great grandfather, stayed here in the valley after the rest of the assembly that was started by Joshua Lee moved on to Texas almost a hundred years ago. The family saga gets a little complicated after that era, but both the fundamentalists and the main stream Mormons let us alone for a very long time until they made a recent discovery. I’m pretty sure that they knew close to nothing about us until just a few months ago. 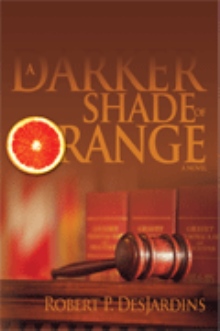 Jeff Wells, a successful attorney in Los Angeles, is also a western pleasure horseman who seeks out the solitude and serenity of the American Southwest when he wants to get away from it all. But his current trip to Arizona is for business. His friend, Big Jim Higgins, is in trouble and needs Jeff’s help. Big Jim has been charged with the murder of three rustlers, and he’s being held without bail.

Soon, Jeff finds himself drawn into the strange, mysterious, and surprisingly dangerous world of Mormon spirituality. Big Jim lives in a world where friends and foes alike search for the most sacred of Mormon artifacts, the Golden Plates. Jeff is introduced to the realm of seer stones, blood oaths, and the magical Golden Plates, reputed to be written in ancient hieroglyphics by the Angel Moroni and his predecessors, who lived in North America hundreds of years ago.

The search for and the mystery surrounding the Golden Plates leads Jeff not only into a land of unbridled greed and hypocrisy but also into the realm of Native American mysticism. Jeff is drawn to the mystical Four Corners region, where Arizona, Colorado, New Mexico, and Utah meet. Jeff encounters Lutakaw, a Hopi holy man who helps Jeff unearth the Golden Plates.

The consequences of his discovery change the shape of this religion in a dramatic fashion.

Robert P. DesJardins has practiced law for over thirty-five years and was honored as the Family Law Trial Attorney of the Year in 2000. Also the author of the novel The Mistral, he is a lecturer, private judge, and a judge pro tempore for the California Superior Court. Now semi-retired, he lives in Orange County, California, with his wife.