My Life as a Two-Time Cancer Survivor 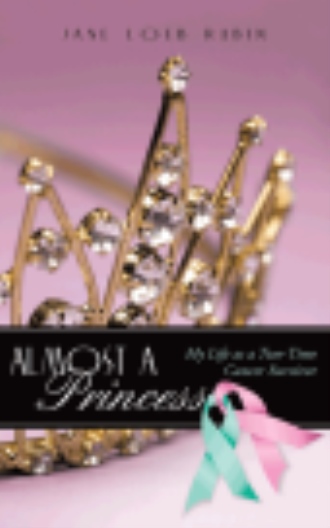 I Think I May Have Killed My Wig

I have never liked my wig, but I am too cheap to buy another one. I can’t stand the idea of spending a lot of money on something that I absolutely hate. My wig was purchased ten years back when I lost most of my hair during breast cancer treatment. I almost donated it once and later tried to offer it to another cancer survivor undergoing treatment, but neither effort worked out. She, the wig, sat in my closet year after year, sometimes giving my husband or me a little jolt when we accidently stumbled upon it. Since I really hate wearing it, I find her mostly good for laughs. Sometimes I leave her out on the Styrofoam frame just to scare people. Walking into our bathroom and seeing her backwards on the edge of the tub is sure to get a jump out of the poor victim. I even left her out in the bathroom last week knowing that the cleaning crew would have a start. Even though I wasn’t there to enjoy the event, I smiled at work knowing that it would be happening any moment. The best is when David puts it on. He has been bald since he was twenty, and I kind of think he enjoys wearing it. I must admit that it looks quite cute on him and has potential for some serious costume role-playing. If you squint a little, he looks like Herman, from the Hermits. Now, with no hair of my own, David thinks we look very extraterrestrial when we stand in the bathroom together getting ready for work. Who would have ever thought that he would have more hair than I?! The first time I had cancer, I was very self-conscious about losing my hair and had a wig transition plan that I carefully implemented. The wig worked well during the day, and once home, I threw on a bandana. My hair grew back quickly, so I went from a wig to quite short hair overnight. This time I am bald, irritated about losing my hair again, and find the wig itchy, distracting, and a general nuisance. I don’t seem to care as much what others think about my efforts or lack of blending in. So, I wear scarves most of the time. The wig is saved for special occasions, typically times that it serves me best to blend in and not call unnecessary attention to myself, like when I have meetings at corporate headquarters, like this morning. About a half hour before leaving for work, I put on the wig. Once on, I noticed that it smelled a bit dirty, so I decided to give her a shampoo. Thinking there was enough time, I bathed her and set her on her Styrofoam head to dry. She was a little stubborn and sat dripping as the time ticked on. So I pulled out my blow-dryer and attempted to speed things up. All seemed to be going pretty well until I noticed a few patches of crinkled up hair. The crinkling mounted by the second! My mind registered a big “uh oh,” and I dunked her back in the water thinking that, like a bad curl, I could wash it out. Not so lucky—it looks like I may have murdered her after all. Now she reminds me of a white girl's “fro.” I wonder if I can get away with wearing her anyway. Perhaps I could try electric curlers; maybe those will help control the chaos I created. If not, I can try to blow through the next three months on scarves alone or face the music and spring for another wig. Knowing me, though, I may have a hard time resisting a crazy, red hooker wig. David suggested one of Tina Turner’s looks. Something about this hair loss seems to connect me with my cancer anger, and at the same time, it is bringing out the rebellious teenager that has lain dormant within me for the last thirty plus years. I freely admit that killing my wig gave me a strange sense of satisfaction, but I dare say I am not so sure that I am enjoying the consequences. Anybody out there with a spare wig?

It’s been said that cancer is a disease that steals away the feeling of perfection. Author Jane Loeb Rubin is all too familiar with this feeling. In Almost a Princess, she presents a collection of essays that document her twice-fought battle with cancer.

In this memoir, Rubin, a hospital administrator and two-time cancer survivor, shares her experiences from the dual perspectives of a patient and a health care professional. She reflects on her life growing up in a secular Jewish home with a hard-nosed but loving father, marrying her high school sweetheart at nineteen, raising three children as a divorced single parent, working in the health care field, remarrying in her forties, and becoming a grandmother—all with the wise insights gained from struggling with her own health challenges.

Almost a Princess discusses the coping strategies Rubin developed for herself, provides insight for other cancer patients and their families, and reflects on what it means to be a survivor. She communicates the importance of embracing what we are given each day, doing the best we can with it, and feeling the joy and fulfillment that comes with our past, present, and ongoing life stories.

Jane Loeb Rubin is director of neuroscience for Atlantic Health System. She embarked on this memoir to share her experience as a two-time cancer survivor from the dual perspectives of a patient and a health care professional. Rubin lives in Northern New Jersey, with her husband, David.