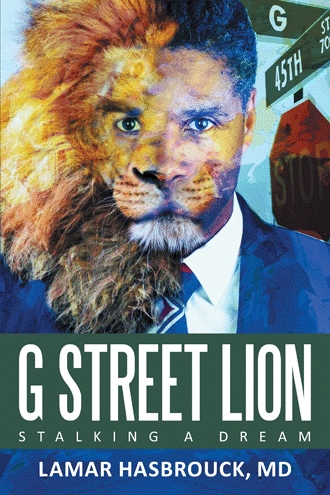 Growing up the easiest way to get money was to collect bottles and cans and return them in to a store for the deposit. The problem was that all the other kids in my neighborhood searched the same empty lots and trash cans that I did. Therefore, it wasn’t very reliable. Pickings were slim. Washing cars was a better gig. My friends and I would join forces and become a mobile car washing service. We brought the business right to the customer, walking the entire neighborhood with a bucket, a small bottle of liquid soap, and a few rags. We might even have a bottle of Windex and a stack of newspapers for cleaning windows. I was assertive when it came to making money. I’d go door to door and be the first to speak up. “Hi. Would you like to have your car washed today?” Most people would refuse, but every now and then someone would agree. Our going rate was $1 dollar a car; a bargain for them and a good little profit for us. One car would pay for our soap. The rest was profit. But by far, the best hustle to have on G Street was working for Mr. Dixon selling peanut brittle for the Sickle Cell Anemia Association. Mr. Dixon was a short, stocky, yellow brother with a large curly Afro and a forked tongue. He was shady at best and downright crooked at worst. If his mouth was moving, he was working some angle. “I want everyone to take a cotton ball and wet it with rubbing alcohol. Now, wipe the back of your neck and take a look at it.” I followed his instructions. “Is it dirty?” Of course. I thought. “If you’re going to work for me you need to be clean and neat.” Those demonstrations were all a part of their job training. Boys were required to wear a shirt with a collar and tuck their shirts into their slacks. The kids that worked for Mr. Dixon were poor, but neat and presentable. “Excuse me ma’am, my name is LaMar. I’m selling peanut brittle to help raise money to fight Sickle Cell Anemia. Would you like to buy a box of peanut brittle or make a donation today?” Occasionally someone would ask about the disease. “Sickle cell is a rare blood disorder that affects mostly Afro Americans. It can cause low blood count, tiredness, pain, infections, and a shorter life span,” I would respond. Mr. Dixon drove a pickup truck with a camper cab top. He collected a truck load of neighbor kids and dropped us off at distant malls, high traffic stores, or middle-class neighborhoods. Working door to door was the worst. Toting a big box of individually wrapped smaller boxes of peanut brittle house to house was unsettling. I had no idea if I would run up against a dog, shotgun, or some red neck home owner who wanted to chase me off their property. When Mr. Dixon pulled up to a desired location he’d stop the truck, look back over his right shoulder and point to one of us. “Okay you, you’re getting out here,” he would say. I never knew where I would be dropped off ahead of time. Luckily, on most occasions I had my big brother, LaSalle nearby. Mr. Dixon would drive through strange neighborhoods and one-by-one each kid would climb out of the truck with a donation can or a large box full of peanut brittle. Once or twice during the day Mr. Dixon came to check on us, but mostly to replenish our stocks of candy, and swap out our full donation cans for empty ones. It was not easy work, soliciting all day, but we made good money. Hard work could yield anywhere between $25 and $80 bucks every two weeks! That was unheard of legal cash for a teenager in my neighborhood. We got twenty-five cents for every box of candy or dollar we collected. I suspect that Mr. Dixon received more.

Dr. LaMar Hasbrouck is a self-described “passionary” whose approach to life has taken him from inner-city poverty to the highest levels of his profession. In G Street Lion, he shares his life story—how a typical, fatherless black kid from urban America gains admission into the nation’s best public university, almost by chance. In this memoir, he narrates how he struggles during his first semester, certain to flunk out, until he realizes that everything he needs to survive and thrive he learned growing up on G Street. Along the way, he discovers the secret for success, which takes him from the run-down dirt lots of the Pop Warner leagues in southeast San Diego to manicured lawns of some of the most storied football coliseums in the country. He goes from earning Ds and Fs in middle school to becoming a dean’s scholar in medical school. Told with honesty, humor, and occasional regret, G Street Lion recounts how Hasbrouck’s simple epiphany helped him to confront his worst fears, pursue his biggest dreams, and realize a future far brighter than he could have imagined.

LaMar Hasbrouck, MD, is a board-certified physician and is the executive director for the National Association of County and City Health Officials. He has consulted on health matters around the world and was actively engaged in two of the largest global health initiatives in history. Hasbrouck lives in Washington, DC. Visit www.drlamarmd.org.