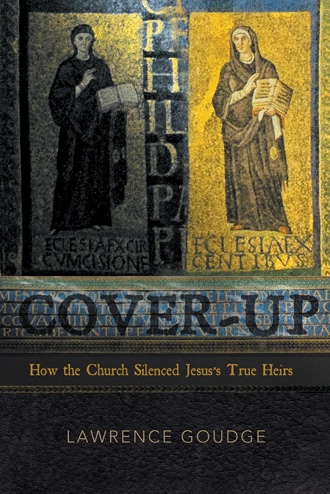 All Fowl of Every Wing

In the mountain of the height of Israel will I plant it:
and it shall bring forth boughs, and bear fruit, and be a goodly cedar:
and under it shall dwell all fowl of every wing;
in the shadow of the branches thereof shall they dwell.
Ez 17:22-23 KJV

One of the great tragedies of Christianity is that it has not allowed “all fowl of every wing” to dwell under its branches. Instead, hatred and heresy-hunting haunt its shadows. Although the twentieth century saw some changes as ecumenism began to take God’s proclamation in Ezekiel seriously—at least some Muslims, Jews and Christians began to work together to try to bring a little harmony out of their fractured pasts—there is a long way to go.

Yet one early group held Ezekiel’s vision dear: Jesus’ Jewish followers. In a homily supposedly delivered in what is now Tripoli in Lebanon, Peter proclaims that although “Jesus is concealed from the Jews,” and Moses is hidden from the Christians,
“there being one teaching by both, God accepts him who has believed either of these.” [Clementine Homily 8.6].

In his book, Jewish Christianity, Hans-Joachim Schoeps points out that such inclusivity remains worthy of note even today [p. 68]. That inclusive movement, however, was hounded out of existence by the institutional church, thus effectively destroying all hope for a tolerant world. Not only that, but the scholarly world in general continues to keep the history of Jewish heirs of Jesus plunged in darkness. Victims of a two-thousand year conspiracy of silence, their story has lain unnoticed for far too long. It is time to change that.

The Christian church hides a multitude of secrets; it is, after all, a mystery religion. For instance, what if Jesus did not start Christianity? What if Paul, who knew Jesus only through visions, created it? In Cover-Up, author and lay minister Lawrence Goudge disputes the Christian theology that has dominated the world for millennia.

Goudge, who has spent more than twenty-four years researching the suppressed history of Jesus’s Jewish followers, demonstrates how the church has corrupted Jesus’s message. Cover-Up takes an innovative and investigative approach to Christianity, St. Paul’s credibility, and ways in which theological truths have been concealed for two thousand years. Goudge’s analysis debunks the myths and provides alternative theories.

As hatred and heresy haunt Christianity’s shadows, this study addresses the intolerant nature of the Christian church and sets out to right the wrongs by bringing the truth about the Nazarenes into the light of day. Goudge’s message presents hope for a just world.

Lawrence Goudge is a writer and lay preacher. He earned a bachelor’s degree from the University of Toronto. He has published articles in journals and was formerly a reporter for the Bluffs Monitor in Scarborough, Ontario. He lives in Toronto, Canada.