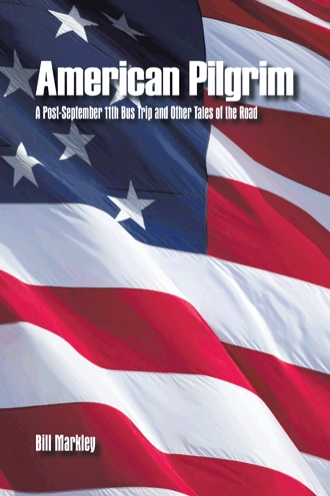 Chapter 1: Beginning with a Crash, October 3, 2001, Wednesday Obnoxious buzzing pierced my brain. More asleep than awake, I reached toward the nightstand fumbling to turn off the alarm clock. “6:00 a.m.” glowed its digital face. “Liz,” I mumbled, “Radio.” My wife reached toward the nightstand on her side of the bed and flicked on the radio’s switch. This was our standard morning wakeup routine. “…Greyhound bus…” the news announcer’s voice spoke as I faded in and out of consciousness, “…driver’s throat slashed…accident…ten people killed.” “What!” I asked Liz, “What did he say?” “Something about a bus accident.” Fully awake I listened intently; but the announcer had moved on to other news. It was hard to get up after returning to Pierre, South Dakota, at 1:00 a.m. from Governor Bill Janklow’s Terrorism Task Force meeting in Rapid City, South Dakota. After a shave and shower, I went to the kitchen, turned on the morning television news, and ate oatmeal while rapidly clicking the remote flipping from station to station trying to find the latest on the bus accident. A Croatian had attacked a Greyhound bus driver in Tennessee. He had slashed the driver’s throat causing the bus to veer off the road and crash. The wounded driver was able to climb out of the bus, struggle up onto the road, and find help for the people on the bus. The accident killed ten persons including the Croatian. The bus companies suspended all travel until further notice. Great! I thought. I sat at the computer checking airline flights, hoping fares had dropped or something had opened on frequent flier seating—nothing. In fact, the cost of flying had climbed even higher. The airline companies were complaining they were hurting for passengers. Then why not reduce fares to fill the seats? Apparently, that did not make sense to the airlines. Here I was, ready to take a 3,000-mile round trip bus ride to Blacksburg, Virginia. The authorities had canceled all bus travel indefinitely until they could determine if the attack on the bus driver was an isolated incident or a coordinated terrorist attack on the United States. How was I going to get to my fraternity reunion? As I stared at the computer screen, I thought back through the events that had brought me to this point. 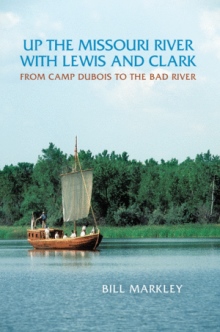 Up the Missouri River with Lewis and Clark
Bill Markley
$9.95

“God bless the United States and God bless New York City” proclaimed a sign as the bus rolled through a small Indiana town. In October 2001, author Bill Markley was traveling by public bus from Pierre, South Dakota, to Virginia Tech in Blacksburg, Virginia, for a Delta Kappa Epsilon fraternity celebration. The day Markley left South Dakota began simply enough, but soon tragedy unfolded when a deranged man of Croatian descent slit the throat of a Greyhound bus driver causing an accident and throwing the nation’s bus system into disarray. American Pilgrim is an honest account of life on the bus, the characters on the bus, bus culture, and the mood of the American people—reflective, patriotic, and upbeat. In those challenging days after the attacks on 9/11, everyone struggled to make sense of the world; as Markley worked on this story; it grew beyond the story of a simple 3,000-mile bus trip. He recalls many of his life’s detours, recounting past events at locations the bus traveled through and people associated with those locations—a rambling personal history of people, places, and things. The trip took on new meaning and became a spiritual journey into the country’s past and Markley’s past.

A member of the Western Writers of America, Bill Markley writes for magazines including True West, Wild West, Boys Life, and South Dakota Magazine. He and his wife, Liz, have two grown children. He is the Ground Water Quality Program Administrator for the South Dakota Department of Environment and Natural Resources.