Les Hipple and the Marion Indians 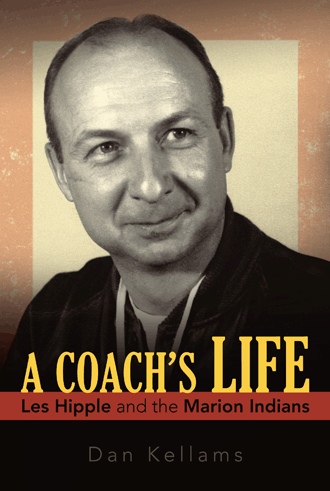 Playing a sport for Coach Les Hipple meant a life of rigor, clean living, modest behavior, and self-denial; even so, many boys were eager to meet these demands for the right to play on one of Hipple’s teams. In A Coach’s Life, author Dan Kellams narrates the story of one of the greatest high school coaches in Iowa’s history, an extraordinary man who lived according to the principles he taught, even when it meant losing a game or a championship—or the job he loved.

Kellams, a former Hipple athlete, offers a vivid portrait of a coach who imposed stern discipline on hundreds of boys and, in the process, transformed them into champions. A Coach’s Life recalls Hipple’s eighty-six full years, focusing on his long career at Marion High School in Iowa, where he led his Indians to championships in football, basketball, track, and cross-country, giving the town its most glorious years in sports. Many young men learned unforgettable life lessons they later passed on to others around the world.

Meticulously researched, this biography is set against the backdrop of small-town America during the 1940s and 1950s. Its poignant stories include those of a superb athlete who died on the verge of greatness, a school controversy that turned brother against brother, and a changing society that trapped a great coach in the vise of his own principles.

“Part Hoosiers and part Our Town … Tough and to the point.”
—Phil Grose, author of South Carolina on the Brink

Dan Kellams is a freelance writer and editorial consultant who has written often about sports during his fifty-year career. He played four sports under Les Hipple before graduating from Marion High School in 1954. He holds a BA from Cornell College, Mount Vernon, Iowa, and an MS in journalism from Columbia University. He and his wife, Elaine, live in New York City and Litchfield County, Connecticut.