The School of Sun Tzu 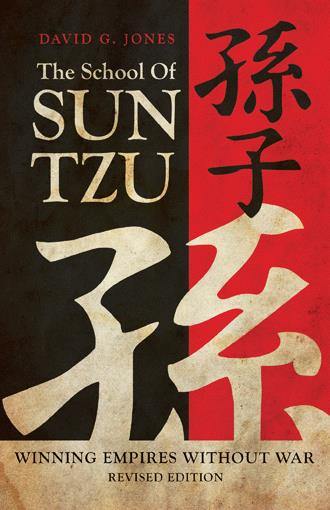 The key player in this remarkable story is China’s first emperor, Qin Shi Huang. A brilliant and immeasurably successful champion for Chinese nationhood, he has been discredited for two millennia by his successors and history dilettantes. Because of these sins of omission and commission, we know as much today about the first emperor as we do about “Lao Tzu” and “Sun Tzu”—that is, almost nothing. Most of what is written today about the first emperor is fabrication.

The emergence of China is a story of elegant and gentle nation building. The small kingdom of Qin, exploiting the talents of the greatest body of strategic knowledge that the world has ever assembled, crafted an empire for the millennia.

Today’s political leaders, journalists, and intellectuals seem convinced that life without conflict and periodic combat is a naive dream. They imagine they have seen it all, and though they might think wistfully of a world without distrust, polarization, and war, they are convinced they will not live to see it happen. It is time to challenge these assumptions and deeply held beliefs. The state of Qin, which gave us the great nation of China, did just that over two thousand years ago. The evidence is there for all to see. All one needs do is look.

In The School of Sun Tzu, author David G. Jones offers a voyage of discovery into the world of competition and conflict. His book presents fresh thought on how issue management without conflict can be applied in today’s complex world.

The School of Sun Tzu carefully examines how the empire of China came into being, the leadership of its first emperor, and the role played by his learned academies - which gave us the Tao Te Ching and the Ping-fa by Sun Tzu (incorrectly translated as "Art of War"). The concepts, values and practices that helped found China defined the greatness of the first empire. History knows of, but has not articulated the revisionist conspiracy of the second empire that worked so hard to discredit all the good that the first had achieved, while leaving it essentially intact.

Fusing history, politics, philosophy, and motivational theory, Jones challenges not only conventional wisdom regarding Sun Tzu and Lao Tzu, but even some generally accepted aspects of Chinese history. It offers enlightening insights into a methodology as valid today for relationship management as it was centuries ago.

David G. Jones is a seasoned author and lecturer, who has long studied the ways that organizations succeed, and fail. He is an advocate of “horizontal,” multi-disciplinary approaches to problem definition and solution development. The author has worked in business and in all three levels of government where he continues to serve as a management consultant. His research on "Sun Tzu" was undertaken over a ten year period, during which he carefully examined what has been said and written about the alleged "General" since the time of the Warring States. At the same time, his investigations, aided by a corresponding analysis of the Tao Te Ching, uncovered surprising facts and issues concerning the foundation of the Chinese empire.

David holds an officer’s commission in the Canadian Army with service in both infantry and artillery units. He is a Fellow of the University of King’s College, and has lectured at Royal Roads University and Athabasca University. In 2002, he was awarded the Queen’s Golden Jubilee Medal which recognized “Canadians who have made outstanding and exemplary contributions to their communities or to Canada as a whole.”

David lives in Ottawa, Canada’s capital. He is married to the lovely Ena Gwen, and they have three grown children living in the capital area.