The Aiken and Burnettown Murders 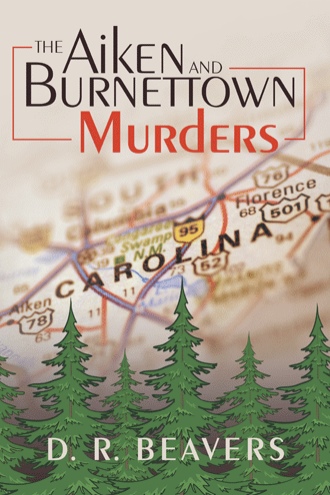 It was dark outside and I was solemn inside. The events next door at the neighbors’ house were inevitable but a shock to me now that they happened.
The neighbor’s house with the police and emergency vehicles in front was the home of Carol and Tom Lowe. A middle-aged couple that had lived in the house for about three years, I had a couple of business ventures with Tom in the past. I also played golf with Tom fairly often and they invited me over for dinner, cookouts, neighborhood gathering and just drinks. It was apparently because they felt sympathy for me since I was a single inept neighborhood male.
It was midnight on a Monday night in the otherwise sleepy town of Aiken, South Carolina. The moon was full and glowing, in seeming competition with the sparkling stars. The glowing and sparkling was likely due to my Lasik surgery. My future children, if I ever have some, will probably wonder why they're blind as a bat when their old man has 20/20 vision. I'll blame it on their mother, if I find a woman for the future offspring.
The reason I was up at midnight was because of all the police and emergency vehicles next door. We’re located in a prominent neighborhood of Aiken, a small town in the South Carolina midlands. I’ve always been a curious sort so I threw on jeans, T-shirt and my running shoes and headed next door. I wasn’t the only neighbor going out to see what the ruckus was all about. Several other neighbors in varied attire were strolling up to the house.
The cops hadn't cordoned off the area yet so the neighbors and I wandered as close to the Lowe's front door as we dared. We’re met by a young officer who politely asked us to retreat. This was the south so politeness was kind of a state law. Our questions were met with a tight lip and as more deputies arrived and started putting up the yellow crime tape, we were asked to move back even further.
A black impala was the next vehicle to arrive. I thought it might have been a detective, but it was a woman in black jeans, black shirt and black boots. She was an attractive woman with black hair that matched her attire. The stern look she emitted also complimented her black outfit. She strode with purpose up towards the house and the first words out of her mouth were to the polite officer basically ordering him to clear the rubbernecking yokels away from the house and to make it happen quickly.
She proceeded to tell him that a good officer would already have had these civilians back in the street where they belonged. She further reminded him that the whole area was a crime scene. I ventured to ask no one in particular what crime had happened but didn't get a response.
I assumed the woman barking orders was associated with the county sheriff. Then again, she couldn't have been from around here because she was definitely not aware of the South Carolina politeness laws.
Our neighborhood consisted of large four to five acre lots with large homes. The Lowe’s house was situated about two-hundred yards from the street ensconced by a wooded lot.
We all, not to be confused with y'all, watched from the street. More neighbors joined the hoard and we waited and watched. The curved driveway to the house was lined with trees so it was hard to see the front of the house. Thunder and lightning had started in the west so the gawkers and I would be forced to seek shelter soon.
The woman in black diverted to the polite officer and ordered him to get everyone’s contact info: name, address and phone numbers. She sternly insisted he ask if anyone had seen any vehicles or anyone near the house this evening.
The officer gathered the information which turned out to be nothing of substance. No one had seen or heard anything. The neighbors talked about the rain getting closer so I went for my golf umbrella in my car. Some of us were still in the street an hour later. That's when we saw the ambulance backing up to the house. The EMTs went inside and brought out a gurney with what looked like a body. Quick as could be they drove down the driveway past the polite officer and us yokels and headed out of the neighborhood towards town. Then a second ambulance arrived and repeated the process. So there were two bodies. The polite officer still didn't give us any explanation of what happened in the house but by then I figured it was because he didn't know any more than we did. I could only assume that the victims must be Carol and Tom but it wasn't confirmed yet.
By now it was getting on two o'clock and most of the neighbors had gone home. I was the last to leave.

I’m William Bradford of the Appalachian Bradfords. You can be thankful to us for the lights in your home and the juice for your electronic toys. Us Bradfords aren’t the ones who own the utility company—probably aren’t even shareholders—but are the ones who get the coal out of the ground for the power plants. We've been coal miners for generations.
I spent my share of time in the coal mines while I was in college getting my engineering degree. Each summer starting after high school and one Christmas holiday break, I labored in the mines. Using a sledge hammer. Busting rock. Working on the ventilation crews. Operating a belt head. Drilling for methane gas and cleaning belt sections. It was an experience that all teenagers and students need to have, if anything so they could feel what it's like to hear the rats scurrying in pitch darkness. Actually, I've seen pitch and the mines were darker than pitch.
Our part of the Bradford clan consisted of a hard working father, George William Bradford—hence the William for me—and a mother, Maxine who demanded all of us kids work hard. Children were the source of free labor on farms and businesses in that bygone America, and my family consisted of four sons and one daughter with self being the youngest.
My childhood and teenage years in the heart of Appalachia involved building houses, remodeling houses, building barns, building outhouses including outdoor toilets, sharecropping, farming and taking care of the livestock. The garden was massive with enough vegetables for a whole year. Canning the crops happened all summer long. Mother did let us sleep and go to school. It was very gracious of her. Mother and Dad were very religious so Sundays involved only minimal chores. Sundays were also for pick up football or basketball games or swimming in the river. A favorite was riding in the river in a rooftop cut off a junk car.
Thanks to our Mother, all the Bradford children were hard working and successful adults. I'm thirty-two now, haven't found the perfect mate and have acquired a sustainable amount of wealth despite my rather frugal upbringing.
Chapter 2

I wanted to turn on my sirens and lights on to make the locals get off the road but there wasn’t enough traffic in Aiken South Carolina to warrant it. It would have been my first opportunity and it was thwarted by the lack of cars. I was already annoyed by the woman on the GPS giving me directions in southern drawl and saying please every time. I had to slow down at the intersections so the woman had time to tell me to turn. “Please take the next right turn on Whiskey Road” took her about 20 seconds to say. The GPS had to be a special order. (continued in book) 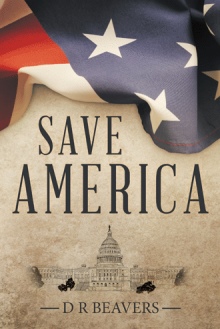 When Jessie Barnes’ parents are seriously injured in a car accident, she takes a leave of absence from her investigator job with the Chicago Police Department to help care for them in their home in Aiken, South Carolina. While in town, she’s tapped to help the shorthanded local sheriff’s department.

Just a week after her arrival in the sleepy southern town, she is called to investigate a double homicide. Tom and Carol Lowe have been shot to death in their spacious home on Mulberry Street. This isn’t a typical crime for Aiken, which generally deals with much lesser-profile problems. Working with lead investigator Bill Hankinson, Jessie must leave her tough Chicago tactics behind as she adjusts to his southern ways.

The job gets interesting when additional murders occur in nearby Burnettown. She is assisted through the investigations and her indoctrination into the southern lifestyle by William Bradford, a local entrepreneur who develops a romantic interest in her.

As Jessie and the sheriff’s department struggle to discover the truth behind these unlikely crimes, their investigation reveals shocking details that are highly unusual in these typically peaceful towns.