Alice at the Home Front 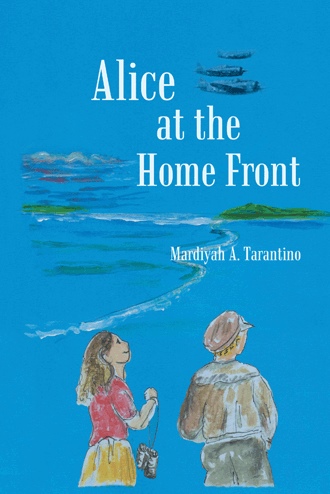 In Providence, Rhode Island, at the height of World War II , feisty and intrepid eleven-year-old Alice—whose father and uncle are fighting in the war—is determined to make her own contribution to the war effort. Despite her mother’s disapproval, Alice dreams of gaining recognition as an airplane spotter. She works hard at learning to recognize US and enemy planes, hoping someday to earn a medal for sighting a German Messerschmitt.

When she is not spotting planes, folding bandages at the Red Cross, or preparing the house for air raids, Alice daydreams she is a heroine, sitting in a cockpit patrolling the shores and reporting enemy subs with Jimmy, her former playmate, who has joined the Civil Air Patrol (CAP). Sometimes she trails potential spies through the city of Providence.

One day, her fantasy world crumbles when she learns that Jimmy’s plane has disappeared in bad weather. As the days go by without news, Alice is devastated and angry at the CAP when they put off the search. Will they find Jimmy’s plane, and, if they do, will he still be alive?

Mardiyah Aldrich Tarantino earned her master’s degree from the University of Hawaii. Her essays, stories, and poems have been published in newspapers, reviews, and anthologies. Mardiyah currently lives in Cathedral City, California, where she is a member of the Palm Springs Writer’s Guild and the National League of American Pen Women. This is her third book.