Just Out of Reach 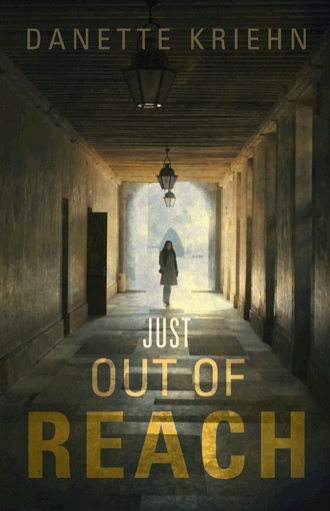 At fourteen, Natalie Morgan was declared clinically dead, the victim of a brutal attack by her abusive mother’s boyfriend, a man she barely knew. Even so, against all odds, Natalie was revived on that fateful night; she took full advantage of her second chance with the help of an unlikely stranger named Bernie. What she couldn’t have prepared for was her extraordinary, newfound ability to hear the voices of the dead as a result of her encounter with death.

Now a successful psychologist, Natalie helps at-risk kids, using her psychic ability by quietly feeding the information she receives from these deceased victims to the Sarasota Police. She has managed to put the horrific incident of her youth behind her—that is, until two local teenage girls are murdered within weeks of each other, and one of the victims contacts Natalie with disturbing information.

Jake Riggs, the FBI agent assigned to the case, makes no effort to conceal his disdain for being forced to work with a psychic; however, hidden behind his dismissal of Natalie’s abilities and the unexplainable coincidences in the case is a powerful attraction he cannot deny.

When the case takes a too-personal turn after the killer suddenly targets Natalie, she knows that if she is to survive a second time, Jake must learn to believe the unbelievable.

Danette Kriehn is a business attorney who has put aside her legal documents in favor of writing fiction. She lives with her musician husband and their three active teenagers in a tiny rural town in eastern Washington State. Visit her online at www.danettekriehn.com.