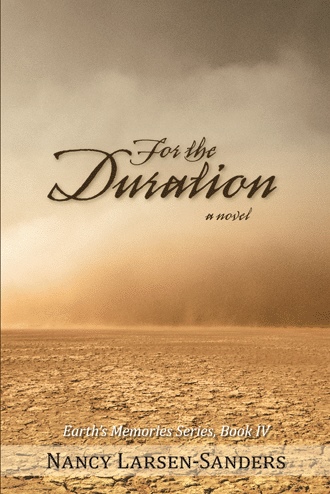 As a drought and the Great Depression continue to ravage Fremont County, Kansas, Deborah Nelson is attempting to raise seven boys, with the help of her neighbors and the spirit of her beloved friend, Grandfather Blue Sky. With her husband, Christian, missing for two years, Deborah has had no choice but to learn to rely on herself in uncertain and challenging times.

Even as black blizzards rage throughout the plains, Deborah is still determined not to return to Minnesota where life is sure to be easier. Thankfully, her bachelor neighbor, Victor Whitesong, has agreed to share parenting responsibilities, relieving some of her burden. Encouraged by the county agent, Deborah implements Roosevelt’s conservation programs on her land. Tensions escalate as the KKK wreaks havoc on the community, forcing it to take action. Deborah and Victor fall in love. But they must keep their relationship secret, fearing the sheriff, who already abhors Deborah and suspects they caused harm to her husband, even though his body has never been found.

In this continuing historical saga, Deborah is about to discover the depths of racial prejudice when she opens her heart to her Indian friends and changes the dynamic of her family once again.

Nancy Larsen-Sanders, a former professor of composition and literature, creative writing, and English as a second language, also taught secondary learning-disabled students in the Colby schools in northwest Kansas. This is the fourth book in her Earth’s Memories series. Nancy and her husband, John, live near Colby.