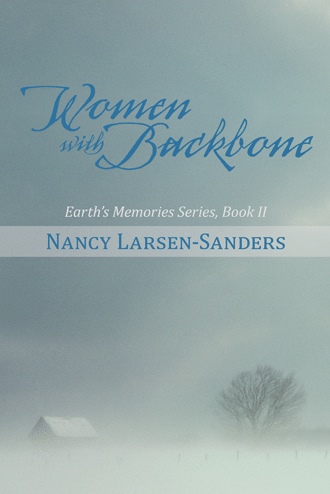 On the second morning, Deborah found the wind was still strong. Certain the cold was worse than the day before, she layered herself against the cold and later returned to the house feeling so tired she ached. By three o’clock, there was more light, and she suspected the snow had stopped. The end was in sight. But the visibility had not improved by chore time, and her energy level dropped quickly as she pushed against the wind and through the snow. The snowfall had stopped, but the wind still blew, and the temperature was sinking fast. She dreaded breaking and lifting ice out of the tank and left it as the last job to be done; the cows stood about, waiting for water. She should go into the well house and warm up first, but the ice breaking wouldn’t take long. She climbed the fence because snow blocked the corral gate. Sliding rather than climbing down the fence, her feet felt like heavy wooden clubs. The cattle had packed the snow around the tank, and she stumbled through the uneven clumps of ice from the tank, frozen tracks, urine, and manure. “Hi,” she yelled, and the cattle moved sluggishly and bellowed constantly. She heaved the sledge high and felt the impact far into her elbows. The water was frozen thicker than ever. Yesterday’s small chunks that she had left in the water were lodged into the frozen surface. She needed to break smaller pieces so she wouldn’t have to strain to lift them. But just as she aimed the sledgehammer again, her feet slipped. The sledge glanced off the edge of the ice into the water, the weight of the hammer upsetting her balance. She fell, her arms slid into the water, and her knees hit the frozen ground. Pain shot up to her thighs, and she gasped as the frigid water filled her gloves and soaked her wool coat sleeves. Cattle began crowding around her, and she struggled to lift the sledge out of the water and stand upright. She had just regained her feet when a steer veered against her. The weight of the sledge threw her to one side, and she landed on her hip bone; through her layers of clothing, jagged ice felt like knives against her cold, sensitive flesh. The tank was located against the fence where she fell, and her head and shoulders wedged in the point of the triangle where the round tank and fence met. More cattle came toward her, and she tried to protect her legs by pulling them to her chest. Near her feet was the heavy, squat body of the lumbering Hereford bull. He stood with lowered head, his drooling jaws chewing on remnants of hay. His mouth was rimed with a granular ice coating, and his rough tongue licked the moisture from around the ring in his nostrils. The bull sniffed at her boot, trailing hay slobber on her pant leg, and she shook from fear and cold.

Strong-willed Deborah Nelson has already endured much in her life. As the Great Depression invades northwest Kansas in 1930, Deborah’s denial cannot stop the raw emotions that spread their pain through her once predictable life. Christian, her husband of six years, has disappeared without a trace, leaving Deborah to care for their boys and farm in a man’s world—one made even more challenging by threatening, unpredictable weather.

Determined not to wallow in self-pity, Deborah finds comfort in knowing her childhood Indian mentor would want her to take responsibility for her land. After rejecting her father’s demands that she return to Minnesota, Deborah bravely faces her cruel reality. Haunted by dreams that her husband is dead and by the racist remarks of Sheriff Stoddel, who believes she and her little boys are Indians, Deborah’s world could not be more challenging. But just as the investigation into Christian’s disappearance leads to suspicions about both Deborah and family friend Victor Whitesong, a revenge-seeking deputy makes maters much worse.

In this poignant historical tale, one woman must call upon all her strength to face life on her beloved land without the love and protection of her missing husband.

Nancy Larsen-Sanders was once a college teacher of composition and literature, creative writing, and English as a second language. Later, the majority of her teaching career was spent in northwest Kansas in the Colby schools, teaching secondary learning disabled students.