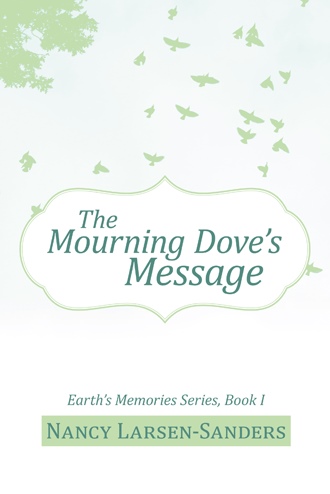 Deborah and the boys rode into the Strate yard, and she hoped John and Christian would be in some outlying shed rather than in the house. An ugly, hungry-looking dog jumped out at them from the space beneath the rickety porch floor. He headed for Dumper’s heels, snapping and growling. Deborah got off her mare and held David under her arm while she lifted Jonathan from the pony. She stood with the children, surrounded by the three dodging and kicking horses as the dog jumped at their heels. A door slammed, and John’s voice caused the dog to slink off behind a shed. “Little lady, I’m sorry. That dog oughta be shot.” John Strate stood tall, well over six feet, and looked like he could use a good meal, many good meals. Behind the bony, flesh-tight features of his face was the remainder of good looks. His sparse hair, cut irregularly short and well above his long ears, stood up in uncombed tufts. But the major feature so noticeable about Strate was his smile, large and toothy. “Come on in here out of the cold wind.” “I can’t stay, John, I’m looking for Christian—” The dog jumped out again and snarled at Snicker who humped his back and lashed out with his rear legs. “Gwan, git outta here, you sombitch.” Strate leaped off the porch and gathered rocks from a pile left behind by a child; he chucked them at the dog. Deborah saw a good-sized rock hit the mustard colored dog’s forehead dead center, and the animal swayed, stunned. He slunk away, giving out ear-shattering howls. “I’m looking for Chr—” “Here, let me help you. Tie those horses to the old corn planter there. You boys just go right in the door there. The kids love to have company.” Several children stood in the open door by now, and Deborah heard June’s screeching voice telling them to shut the door. John pushed the boys toward the dirt path leading to the porch, and David was ready to cry. She tied the horses hastily. “I really can’t stay.” “Say, your mare is a good-looking horse. How does she ride?” “Oh, real well.” That wasn’t much of an answer, and she added, “She’s smooth, not skittish. Except when yellow dogs bark at her.” John took her arm and guided her up the path. When they came to David, the frightened boy held onto her leg. With Strate tugging at her arm, she literally pulled David along. She thought Jonathan was going to grab her other leg, but Strate, still talking, shoved him through the door. “Come on and sit. Melonie, honey, clean off that chair so the lady can sit. June,” he hollered toward the second room that had no door. “Mrs. Nelson’s here.” Audrey had told Deborah there was a day when June Strate kept the house so clean you could eat off the floor, even back when the first two children came only eleven months apart. Now the little house smelled of close air, dirt, and mice. On two chairs in the corner sat a scrub board in a tub holding diapers and cold, scummy water. Dishes and a full dishpan covered the table. John filled a cup with boiling coffee and thrust it into her hands. She struggled to hold it steady, fearing for the heads of David and Jonathan who crowded against either side of her. The cup was unwashed, but that wasn’t why she couldn’t drink the coffee. Her stomach churned with disappointment. Christian wasn’t at the Strate farm.

Deborah Jorgenson is just four years old when she witnesses racism for the first time. Unfortunately, the hatred is directed at her. Born to Swedish parents in Minnesota in the early 1900s, Deborah believes her dark hair and skin come from a great-grandmother. When a fellow student bullies her and tells her she is an Indian, Deborah wonders why. Taught by her elderly Hopi Indian mentor to solve all her problems without resorting to violence, the strong-willed Deborah continues to hold her head high throughout her challenging coming-of-age journey. But when she is thirteen, her parents inexplicably turn against her and one another, setting off a chain of events that change the course of Deborah’s future forever. She marries her childhood sweetheart Christian Nelson, and they have two sons, Jonathan and David. In 1929, they buy a farm in Northwest Kansas—ignoring concerns about the future economy and drought. Christian worries about those in their county who believe Deborah to be Indian. Neither can begin to predict the challenges that await them. The Mourning Dove’s Message shares the unforgettable journey of one woman’s brave struggle to survive in the face of the chaos and adversity that overshadows 1930s America.

Nancy Larsen-Sanders was once a college teacher of composition and literature, creative writing, and English as a second language. Later, the majority of her teaching career was spent in northwest Kansas in the Colby schools, teaching secondary learning disabled students. Nancy is the author of All Stubborned Up. She and her husband, John, live near Colby.