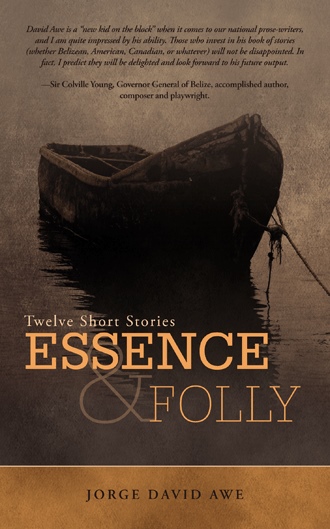 How do you tell the story of a town so unique that it seems an entity unto itself? I could describe landmarks like the towering town clock that grinds to a halt every other month due to mounds and pounds of droppings from swallows nesting in its tower. I can share stories of farmers who’ve tried settling land disputes by planting boa constrictors in each other’s beds. I might even produce photographs of people stealing their neighbours’ chickens and then inviting them over for dinner.

Although these provincial tidbits might provoke the odd chuckle, this is my first major assignment, and I’m hoping to accomplish a tad more. Then again, is there a nobler pursuit than humour? Tell you what: I’ll jump straight into the thick of it and let the slivers fly where they may.

Santo Innocencio is a sleepy town sequestered in a valley in the middle of nowhere. To the chagrin of locals, city luminaries have recently characterized it as a place full of mules with one main street. The bit about the mules is accurate, but there are actually two major roads: one leading into town and the other leading out.

The road leading in, as far as the section within town limits, is aptly named Front Street. Lined by a hodgepodge of brightly painted buildings tall and small, it looks like a rainbow crashed down on this stretch.

Back Street is the name of the road leading out. On any given day, it’s not unusual to see many of the town’s drunks sidling their way home up and down this stretch. Over the years, every organized religion that has tried setting roots in this staunchly Catholic community has met with more scepticism than a con artist trying to sell snake oil to a Mayan shaman. To this day, locals joke that Catholicism was the very first thing settlers came across when they arrived on the banks of the Rio Verde.

Nowadays, only two individuals out of the entire population of 10,000 are, to quote popular opinion, stupid enough not to call themselves Catholics. The fact that they co-exist peacefully among a people that wield machetes for a living is testament to the graciousness of this community.

The Catholic faithfuls’ lone aggravation has to do with the parish priest. A grouchy German import, the bespectacled man has a forehead that makes him look as though God accidentally slapped a butt cheek on the front of his head. Aside from this minor misstep on the Creator’s behalf, the only other irritancy is that his English sounds suspiciously like what must be German.

Peripheral Catholics, or parishioners who sit at the back of the church, openly question what types of sins the poor German could have committed to land such a choice posting. To them it’s plenty apparent that Padre needs to pay for these transgressions while he still has a beating heart.

According to these backbenchers, the whole idea of Mass seems bothersome to Father Herkoff , and they swear that he deliberately omits large sections of the liturgy just so he can get to the part in the ceremony where he polishes off the vino. Considering that no one understands a single word the man says, this conclusion is a miracle unto itself.

Set in and around a small town in modern-day Belize, Essence & Folly chronicles the lives of several poignant and comical residents from Santo Innocencio.

A humorous ﬁshing story of revenge gone wrong entitled “Ole Gyal and Jackanapes” exposes some of the diﬃculties arising from the generation gap between a cantankerous Mayan grandmother and her “half-limey” grandson.

“The Voice over the Water” recounts Doña Elena’s days of interminable melancholy and loneliness following the death of her husband. Three months after her heartbreak, the widow ﬁnds herself at the edge of a cliff, confronting her own mortality.

“Don Gabriel Loco” is a madman serving out the ﬁnal days of a twelve-year sentence for the botched execution of his ex-wife’s lover. While in jail, he records the colorful details of that bloody evening in a diary. Eventually, through deliberations with God, Shakespeare, and Diablo, he arrives at the decision that he must ﬁnish what he started—in six seconds ﬂat—the moment he’s released.

Believing this is his best shot at a normal life, a lonely bachelor enlists the help of a mule to pursue the love and attention of his neighbor in “The Love Story of a Garbage Man.”

In “Leonid and the Mini-Commander,” a shopkeeper wonders whether his obsessions and compulsions are the result of prompts from a mini-commander hiding in a bunker lodged inside his head.

JORGE DAVID AWE grew up in San Ignacio, Belize, a small town of mixed African and Latino culture; his experiences there inﬂuenced this collection. He holds a degree in economics from Trent University in Peterborough, Ontario, Canada. Currently he lives in Montreal with his wife of twenty-two years and two teenage daughters. In this, his ﬁrst short story collection, author Jorge Awe has crafted twelve portraits inspired by exceptional people.