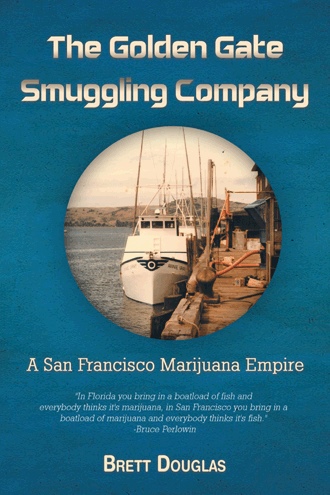 The eighty foot shrimp boat was quietly drifting fifty miles west of the Golden Gate Bridge, rocking back and forth with the ocean swell. After thirty days, the Detroit diesel that had been running non-stop and providing a reassuring drumbeat to life at sea was now silent; the only sounds were the wind and waves breaking against the hull. We were fifty miles from the end of a four thousand mile sea voyage, powerless to move and slowly being pushed farther away from the California coast by prevailing wind and current. Surfer Bob and I had tried to restart the engine for hours before we came to the sad realization that it wasn’t going to happen. The fishing boat Karen Lynn is now adrift. Near midnight, hours later, I lay on a mattress wedged into the leeward corner of the wheelhouse, listening to the ocean slap against the boat’s hull, wondering what would happen next. I had spent the late afternoon and evening on the radio trying to contact my friends ashore, without success. Where in the hell were they? We were expected, weren’t we? We hadn’t had a decent meal, a beer, or a hot shower in over a month; I’m cold, hungry, and a little pissed off that no one was answering the radio calls. We need help and we couldn’t call the Coast Guard; you see, we’re also loaded with a twenty ton cargo of top-grade “Punta Roja”; Columbia’s finest marijuana, about forty million dollars worth… web site only

In 1979, Brett Douglas was a twenty-eight-year-old US Marine Corps veteran working as a commercial tuna fisherman in California. That year, a young man named Bruce Perlowin came looking for professional seamen and found a few, including the author. The fishermen he recruited became a crew that played an integral part in smuggling more than 250 tons of marijuana that FBI agents credited to the “Perlowin Conspiracy.”

The Golden Gate Smuggling Company provides a true, behind-the-scenes story of “The Company,” the largest marijuana smuggling operation in the history of San Francisco. In the early 1980s, commercial tuna fishermen used long-range tuna boats specially outfitted for the eight-thousand-mile round-trip between San Francisco and Colombia. Each boat carried at least 30 million dollars worth of marijuana to the Company’s private pier in the San Francisco Bay area. Douglas, a fisherman who lived through it all, narrates this adventure from load number one to the federal courthouse in San Jose four years later. Through the story of the Company, Douglas chronicles a laid-back, Californiastyle drug-smuggling empire that operated free of Hollywood clichés: no guns, no violence, no dramatic shoot-outs or car chases.

Brett Douglas served as captain and navigator aboard several commercial fishing boats that were involved in the largest marijuana smuggling operation in San Francisco’s history. Now retired from the sea, Douglas still counts the characters in this book—Bruce, Harley, Geppetto, Surfer Bob, and Bobsan—among his closest friends. He currently lives quietly in California with his wife of fifteen years.