A Complete Guide to the 2011 Baseball Season 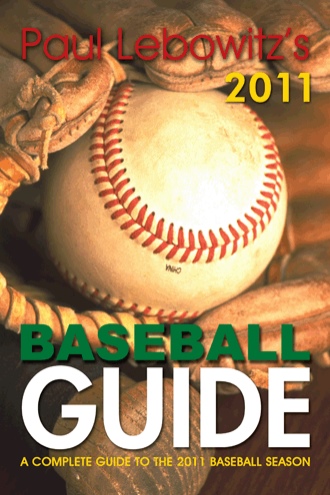 Boston Red Sox 2010 Record: 89-73; 3rd place, American League East. 2010 Recap: The Red Sox had built their 2010 club based on pitching and defense and eschewed the usual purchasing and/or trading of big-ticket free agents and stars to try a stat zombie tenet of run prevention. Early in the season, the pitching was injury-riddled and struggled; and the defense wasn’t as good as it was supposed to be. Injuries to Mike Cameron, Josh Beckett, Jacoby Ellsbury, Dustin Pedroia and Kevin Youkilis would’ve been a convenient excuse for the Red Sox to finish as a .500 team. Instead, spurred by above-and-beyond performances from Adrian Beltre, Clay Buchholz and Jon Lester; a renaissance from David Ortiz; and with unsung youngsters and fill-ins Ryan Kalish, Daniel Nava, Darnell McDonald and Bill Hall, they finished close to a playoff spot. Only the presence of two superior (and healthier) teams, the Yankees and Rays, kept the Red Sox from what would’ve been a heroic berth in the playoffs. 2011 ADDITIONS: 1B Adrian Gonzalez was acquired from the San Diego Padres. LF Carl Crawford was signed to a 7-year, $142 million contract. RHP Bobby Jenks was signed to a 2-year, $12 million contract. RHP Dan Wheeler was signed to a 1-year, $3 million contract with 2012 club option. RHP Matt Albers was signed to a 1-year, $875,000 contract. RHP Jason Bergmann signed a minor league contract. LHP Andrew Miller was acquired from the Florida Marlins, was non-tendered and signed a minor league contract. RHP Alfredo Aceves signed a 1-year, split contract for $650,000 in the big leagues; $200,000 in the minors. INF Drew Sutton signed a minor league contract. LHP Dennys Reyes signed a minor league contract. Pitching coach Curt Young was hired. 2011 SUBTRACTIONS: 3B Adrian Beltre was not re-signed. C/1B Victor Martinez was not re-signed. INF/OF Bill Hall was not re-signed. 3B/1B Mike Lowell retired. 2B/OF Eric Patterson was traded to the San Diego Padres. 1B Anthiny Rizzo was traded to the San Diego Padres. RHP Casey Kelly was traded to the San Diego Padres. OF Reymond Fuentes was traded to the San Diego Padres. LHP Scott Schoeneweis was released. INF Felipe Lopez’s option was declined. LHP Dustin Richardson was traded to the Florida Marlins. C Dusty Brown was not re-signed. RHP Taylor Buchholz was non-tendered. RHP Fernando Cabrera was not re-signed. 3B Jack Hannahan was not re-signed. OF Jonathan Van Every was not re-signed. Pitching coach John Farrell was hired to manage the Toronto Blue Jays. 2011 PROJECTED STARTNG ROTATION: Josh Beckett; Jon Lester; John Lackey; Clay Buchholz; Daisuke Matsuzaka; Tim Wakefield. 2011 PROJECTED BULLPEN: Jonathan Papelbon; Bobby Jenks; Daniel Bard; Dan Wheeler; Hideki Okajima; Matt Albers; Scott Atchison; Michael Bowden; Felix Doubront. 2011 PROJECTED LINEUP: C-Jarrod Saltalamacchia/Jason Varitek; 1B- Adrian Gonzalez; 2B-Dustin Pedroia; 3B-Kevin Youkilis; SS-Marco Scutaro; LF-Carl Crawford; CF-Mike Cameron; RF-J.D. Drew; DH-David Ortiz. 2011 BENCH: OF-Jacoby Ellsbury; INF-Jed Lowrie; OF-Darnell McDonald; OF-Ryan Kalish; OF-Daniel Nava; OF-Josh Reddick. 2011 POSSIBLE CONTRIBUTORS: 1B-Lars Anderson; INF-Yamaico Navarro; RHP-Junichi Tazawa; RHP Robert Coello; RHP-Alfredo Aceves; LHP-Dennys Reyes. *** PREDICTION: Ridiculous comparisons of the 2011 Red Sox to the 1927 Yankees or any of the greatest teams in history aside, this is the best team in the American League. By a lot. The have power; they have speed; they have good defense; they have deep starting pitching; and a very good, battle-tested bullpen. Contrary to popular belief, there are holes. Drew is injury-prone; Ortiz will eventually hit a wall; the catching situation is unsettled. These are negligible issues. Like the winter of 2006-2007, the Red Sox threw money at their problems. Unlike the winter of 2006-2007, they signed quality in Carl Crawford and by trading for Adrian Gonzalez. Winning the Hot Stove championship is meaninglessthe Mets have proven that repeatedlybut the Red Sox are primed to make a wire-to-wire run to the playoffs and go deeply into the playoffs when they get there. Don’t forget that they also have the prospects and aggressive GM to make bold mid-season acquisitions if they feel the need to do so. Jose Reyes or Carlos Beltran of the Mets come to mind as possible mid-season lineup boosts. Crawford and Gonzalez will compete for the MVP; Lester for the Cy Young Award. Papelbon will have a wonderful year in his free agent audition. This Red Sox team is the class of the American League; they’re far better than any of their competitors including the Yankees and will run away with the American League East and, like that 2007 team, will advance to the World Series. PREDICTED RECORD: 100-62 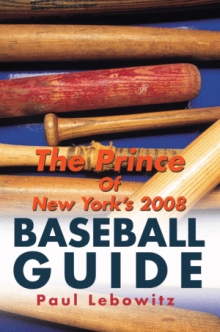 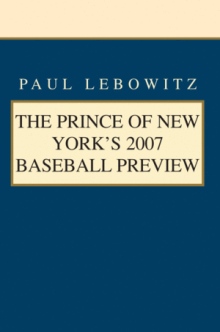 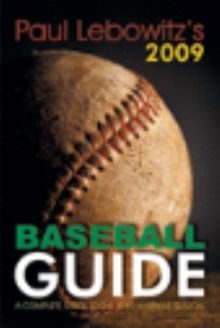 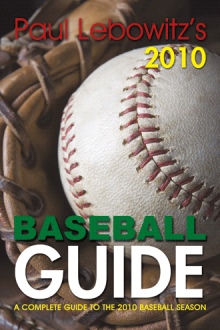 In depth analysis of all 30 teams with sections dedicated to: management, starting pitching, bullpens, lineups, bench, prospects and predictions of what will happen this upcoming season.

What players will be available via trade?

Whose contract is expiring?

And who will win the coveted post-season awards?

Everything you need to know for the upcoming season is available in these pages.

Paul Lebowitz is the author of the novel Breaking Balls and his annual Baseball Guide, published since 2007. His website is PAULLEBOWITZ.COM. He lives in New York City.