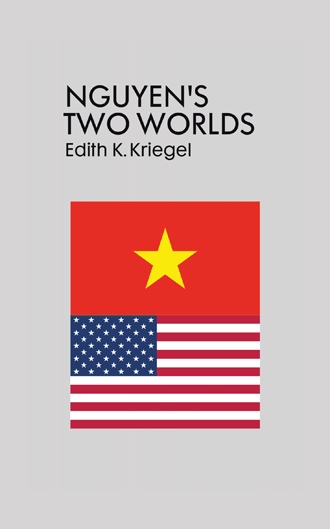 CHU LIN, 1965 It was harvest time and South Vietnam’s war with the North had been raging for more than fifteen years, the end of which was nowhere in sight. The South was left ravaged, desolated, bereft of its rich heritage of rice fields, lush farmlands, fruit bearing orchards, rolling pastures. The once fertile productive earth was now a vast wasteland, a great hardened encrusted mass. The farm houses and charred ruins were strewn over lakes and rivers. Only the little Hamlets had escaped the devastation. For them only, there was a harvest at this time. Small hamlets were by-passed and they survived. Men and ammunition were too costly to waste on them. One such community was Chu-Ling, with her less than one hundred farm families. High above the China Sea on a plateau near the crest of Hogau Mountain, it had only two narrow, rocky roads leading up to it. Because it was so inaccessible, Chu-Ling and the few surrounding hamlets, had not suffered the fate of the farmers in the lowlands. Like all of South Vietnam, Chu-Ling had given young men to the war and few had returned. They could be seen now, alongside the women, the girls and boys, the old men, bending to the soil, gently extricating the ripened crops, just as their ancestors had done before them for generations.

The year is 1965, and South Vietnam is being invaded by North. Caught in the line of fire is the small mountain town of Chu Ling. A family of farmers lives there, but when the war arrives in their backyard, Nguyen Choeu and his wife and son are forced to leave their happy home and fertile farmland. They find peace and safety at an American convent. They also find friends—an American couple named Bill and Liz Harmon.

Bill and Liz are far from their Wisconsin home, searching for their son, whose plane was shot down somewhere nearby. They fear the worst, and it’s hard to hope in the midst of war. Optimism takes a downward spiral when Nguyen learns his farm—and the surrounding fertile landscape—has been burnt to a crisp. Soon, the Harmons must head back to America, and they invite Nguyen and his family to join them. The Choeus and Harmons live well together in the Wisconsin countryside. The two families grow close, but it becomes apparent that the local community is not as accepting as Bill and Liz. Nguyen must face unforeseen prejudices in this new land. In order to survive another tragic turn, a Vietnamese family and an American family must become one in heart and soul as they fight their own battles—inside and out.

Edith K. Kriegel was an accomplished pianist, ice dancer, and equestrienne. She worked as executive director of the King’s Players, a children’s theater company that toured throughout New York. After extensive research, she wrote Nguyen’s Two Worlds when she was eighty years old.